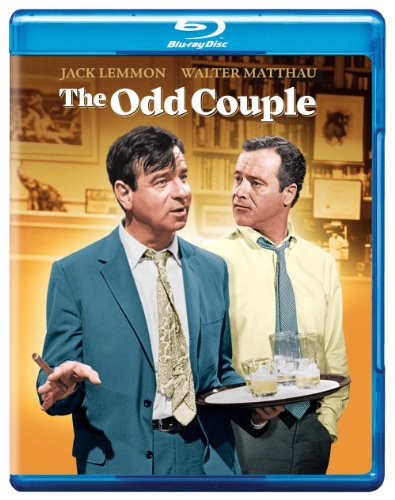 Warner Bros. Home Entertainment has announced that there are bringing the classic comedy The Odd Couple to Blu-ray this summer. The highly influential film was directed by Gene Saks and is based on the stage play and screenplay written by Neil Simon. The Odd Couple starred Jack Lemmon, Walter Matthau, John Fiedler, and Herb Edelman. The comedy will be available online and in stores beginning on June 4th.

Neil Simon has a special genius for finding the great hilarity in ordinary people doing everyday things. Like two divorced men who decide to sh are a New York apartment. That’s the premise of The Odd Couple, though there’s nothing odd in the casting of two Oscar-winning talents like Lemmon and Matthau. The two veteran funnymen work together with the precision timing of a vaudeville team, but always with bright spontaneity. Lemmon plays fussy Felix, fastidious to a fault. He proves that cleanliness is next to insanity. Matthau is Oscar, who wreaks havoc on a tidy room with the speed and thoroughness of a tornado.

The Odd Couple was released in May of 1968 and was nominated for two Academy Awards for Best Film Editing and Best Writing – Based On Material From Another Medium. The film inspired a hit television series in the 70’s and was followed by a theatrical sequel with Lemmon and Matthau in 1998.

Disclaimer: Affiliate links are contained in this post. This means when you click a link, and purchase an item, Movie House Memories will receive an affiliate commission. Advertisers and Affiliate Partnerships do not influence our content. See our Terms of Use about the inclusion of affiliate links on this site for more information.
May 5, 2013
1 minute read
Show More
Back to top button
Close
Close