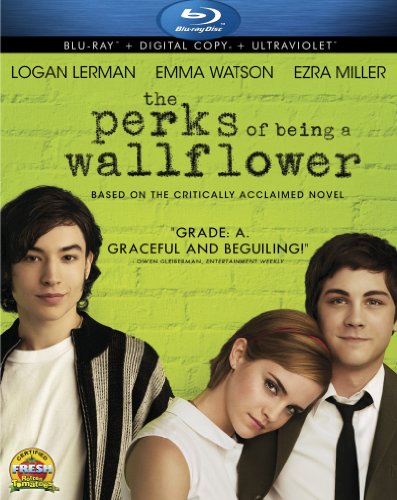 The Perks of Being a Wallflower (Blu-ray + Digital Copy + UltraViolet)

Based on the novel written by Chbosky, the film is about 15-year-old Charlie (Lerman), an endearing and naive outsider, coping with first love (Watson), the suicide of his best friend, and his own mental illness while struggling to find a group of people with whom he belongs.  The introvert freshman is taken under the wings of two seniors, Sam and Patrick, who welcome him to the real world.  Dylan McDermott, Kate Walsh, and Paul Rudd co-star in the film.

The Perks of Being a Wallflower was released in October 2012 and grossed over $17 million at the box office to date.

Here is the theatrical trailer for The Perks of Being a Wildflower.

Disclaimer: Affiliate links are contained in this post. This means when you click a link, and purchase an item, Movie House Memories will receive an affiliate commission. Advertisers and Affiliate Partnerships do not influence our content. See our Terms of Use about the inclusion of affiliate links on this site for more information.
January 8, 2013
1 minute read
Show More
Back to top button
Close
Close