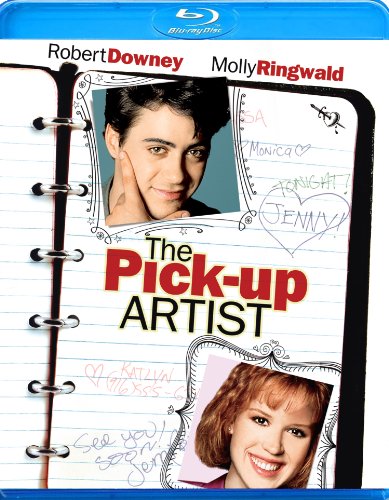 Pick Up Artist, The [Blu-ray]

Anchor Bay has announced that they are adding The Pick-Up Artist to their upcoming slate of Blu-ray releases. The film was directed by James Toback and stars Robert Downey, Jr., Molly Ringwald, Dennis Hopper, Danny Aiello, Mildred Dunnock, and Harvey Keitel. The Pick-Up Artist will be available in stores and online August 6, 2013.

Jack Jericho (Robert Downey Jr.) is a master in the art of meeting women, but the master has just met his match – the beautiful Randy Jensen (Molly Ringwald). In this hilarious, romantic comedy, a smug, compulsive womanizer who won’t take no for an answer meets the woman of his dreams, only to find her impervious to his charm.

Disclaimer: Affiliate links are contained in this post. This means when you click a link, and purchase an item, Movie House Memories will receive an affiliate commission. Advertisers and Affiliate Partnerships do not influence our content. See our Terms of Use about the inclusion of affiliate links on this site for more information.
June 30, 2013
1 minute read
Show More
Back to top button
Close
Close