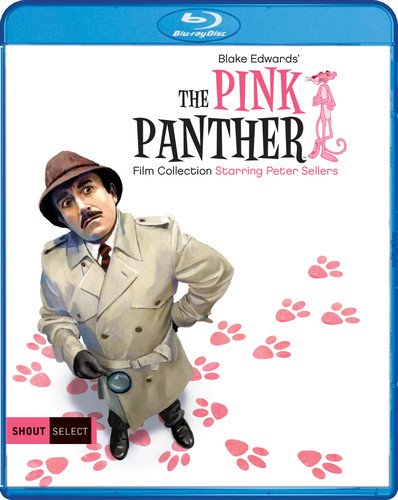 The Notorious Phantom, a world-renowned jewel thief, steals his way around Europe; leaving nothing but his glove at the scene of the crime. Inspector Clouseau of the Sûreté is an expert on the Phantom, but nothing else really. He’s sure the Phantom will next strike in Switzerland, where Princess Dala vacations with her famous diamond, The Pink Panther. However, Clouseau doesn’t know the Phantom’s true identity, but his wife does, and she’s not telling. After Dala’s diamond is stolen, Clouseau finds himself a suspect in the theft as well, but will his wife help clear him or her boyfriend, Sir Charles of any wrongdoing in the matter?

‘The Return of the Pink Panther’ (1975) Movie Synopsis

Once again, someone has stolen the world-famous diamond, The Pink Panther, and its up to Inspector Jacques Clouseau to again catch the thief. Across two continents, the inept inspector will do his best to prove Sir Charles Phantom is the notorious Litton! Along the way, Clouseau must also battle his oriental manservant and a mysterious assassin out to kill him.

When Charles Dreyfus escapes a mental asylum, he has one goal… kill Chief Inspector Jacques Clouseau. After his first attempt fails, Dreyfus switches plans. He sets out to build a Doomsday device and then demand the world’s nations kill Clouseau. The plan works and soon assassins from all over are after Clouseau. However, Clouseau is on a mission of his own… to capture Dreyfus and take him back to the asylum.

To prove that he still is strong and powerful, Philippe Douvier sets out to kill Clouseau. Once news of his “death” gets out, Clouseau is free to take advantage of it and he then goes undercover with Cato to find out the wood-be killer.

Disclaimer: Please note that this post contains affiliate links. This means when you click a link and purchase an item, Movie House Memories may receive an affiliate commission at no additional cost to you. This bit of compensation helps keep content on our site free of charge to its readers. Advertisers and Affiliate Partnerships do not influence our content. See our Terms of Use about the inclusion of affiliate links on this site for more information.
March 21, 2021
2 minutes read
Show More
Back to top button
Close
Close