Henry Biggs is a Baptist pastor in a struggling predominantly African-American church in New York City. Henry has become obsessed with the many problems of the church and loses sight of what is truly important, his family. After he prays for divine guidance, a mysterious man named Dudley appears and informs Henry that he is the answer to his prayers. The charismatic Dudley soon sets about helping everyone he meets, but not necessarily in the way they would have preferred. However, when Dudley’s presence begins to threaten Henry’s marriage to the lovely Julia, Henry once again begins to remember what is truly important. 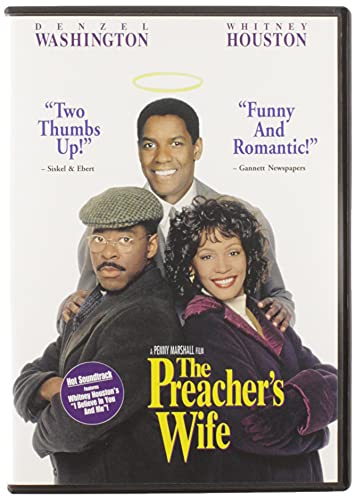 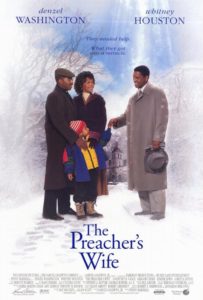 Revered Henry Biggs (Courtney B. Vance) is the newly appointed pastor in a predominantly African-American Baptist church in New York City. Henry’s attention is constantly being pulled in a hundred different directions and the church is struggling financially. Henry is receiving pressure from a real estate developer Joe Hamilton (Gregory Hines), who wants Henry to sell the church’s property so that Joe can build some new, expensive high rise buildings. Henry is a workaholic and neglects his wife Julia (Whitney Houston) and young son Jeremiah (Justin Pierre Edmund). Julia begins to question whether her marriage will survive Henry’s problems. Even worse, Henry begins to question his faith in God.

Desperate, Henry prays for divine guidance to help him through his troubles. His pleas are answered in the form of an angel named Dudley (Denzel Washington). Dudley is extremely witty and charming, and reveals his identity only to Henry. After meeting Dudley, Julia finds the angel to be a captivating man despite not knowing his divine origins. Henry remains suspicious of Dudley. As Christmas approaches, Henry finds that he has less time for his family, but Dudley is always available to spend time with Julia and Jeremiah. Henry’s suspicions of Dudley are joined by Henry’s secretary Beverly (Loretta Devine), who believes that Dudley is angling for her job, and Julia’s mother Margueritte (Jenifer Lewis), who believes that the angel might break up her daughter’s marriage.

Henry eventually confronts Dudley about all the time he is spending with Julia, and the angel realizes that he is beginning to fall in love with Julia. As a result, Dudley begins to focus his attentions on Joe in order to throw off the real estate developer’s plans for the church property. At the same time, Henry learns that his family is the most important thing to him, and vows to become a better husband and father to Julia and Jeremiah. At the church’s Christmas pageant, Henry finds his faith in God restored.

With Henry’s faith restored, Dudley’s work on Earth is complete. Dudley helps the Biggs family one last time by decorating their Christmas tree in a matter of seconds. Before he leaves, Dudley erases everyone’s memories of him. Dudley attends the midnight mass on Christmas Eve, but goes unrecognized by everyone save Jeremiah. Because the boy still has the faith of a child, he remembers Dudley and wishes the angel a Merry Christmas.