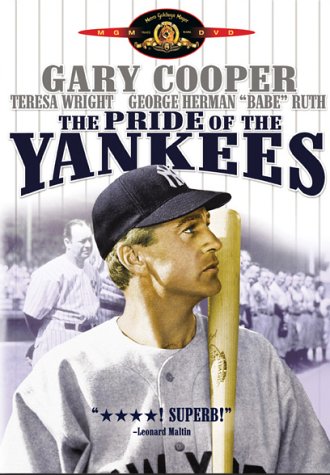 The Pride of the Yankees

‘The Pride of the Yankees’ Movie Synopsis

The Pride of the Yankees is a biopic that tells the life of baseball player Lou Gehrig—who played in 2130 consecutive games before dying of to ALS—a deadly nerve disease which now bears his name—at the age of 37. The film follows Gehrig from his childhood in New York until his famous ‘Luckiest Man’ speech during his farewell in 1939.