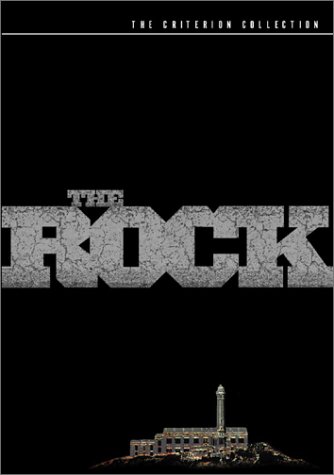 The Rock (The Criterion Collection)

A highly decorated, retired U.S. Marine general (Ed Harris) seizes a stockpile of chemical weapons and takes over Alcatraz, with eighty-one tourists as hostages on the San Francisco Bay isle. His demand: Restitution to families of soldiers who died in covert operations. The response: An elite Navy SEAL team, with support from an FBI chemical-warfare expert (Nicolas Cage) and a former Alcatraz escapee (Sean Connery), is assembled to penetrate the terrorists’ defenses on the island and neutralize the threat before time runs out. The result: A fast-paced, edge-of-your-seat thriller with a first-rate cast, directed by Michael Bay and produced by Don Simpson and Jerry Bruckheimer.