Johnny is a successful bank executive who lives quietly in a San Francisco townhouse with his fiancée, Lisa. One day, she decides to seduce his best friend named Mark. From there, Johnny finds himself torn apart. 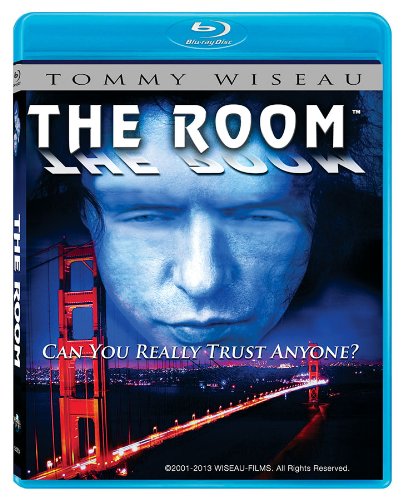 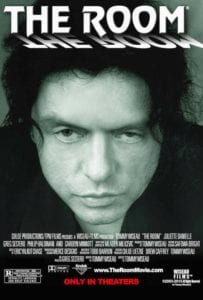 In The Room, Johnny is a banker in San Francisco. He lives with his girlfriend Lisa. They bang a lot. Lisa is a spoiled gold digger who’s bored with Johnny, so she turns her affections to Mark; Johnny’s best friend. They bang a lot.

Lisa tells her mom, Claudette, she’s bored with Johnny. Mom tells Lisa to stay with him because he has money, and that’s more important than love; besides, they bang a lot. Lisa decides to stay with Johnny, but then Johnny doesn’t get a raise he was promised. So, Lisa ramps up the banging with Mark.

Johnny believes Lisa might be cheating on him so he attaches a tape recorder to their phone…she’ll never see a giant 1990’s era tape player connected to the phone!

Meanwhile, Denny is a neighbor kid whom Johnny loves like a son and takes care of. One day, drug dealer Chris-R follows Denny home, and puts a gun to his head; demanding the money Denny owes him. Johnny and Mark arrive on the scene, and take Chris-R to jail, where the men bang a lot. Incidentally, Denny wants to bang Lisa a lot, and he tells Johnny that. The drug dealer is never mentioned again in the film.

Now, Claudette suddenly has tons of real estate problems, tons of failed relationships, and tons of breast cancer, but she and Lisa leave to go shopping before we can hear anymore.

With the room empty, Michelle and Mike break into the place and bang a lot.

Next, Mark talks to Peter, a psychologist and friend of his and Johnny…no banging. They aren’t those kind of friends. Peter both defends Lisa and calls her a sociopath, so Mark tries to kill Peter.

It’s birthday time, and Lisa, who now can’t stand Johnny, throws him a surprise party. Steven, you remember Steven, don’t you, catches Lisa and Mark about to bang while everyone at the party is outside in the street for some reason…probably going to play catch with the football. Steven confronts them, but Lisa has no regrets, bitches!

Eventually, everyone is back inside the room where Johnny lets it be known Lisa is pregnant. It’s a lie of course, but Johnny doesn’t know it.

Finally, the Lisa/Mark affair comes out at the end of the party. After a bitchslap scuffle, the partygoers leave, and Johnny locks himself in the bathroom. Lisa leaves to bang Mark a lot, and Johnny kills himself with Chris-R’s gun that the police didn’t care to confiscate.

Happily, we are all out of our misery. The end.

As mentioned in the podcast, The Disaster Artist is an amazing book Greg Sestero wrote detailing his experience making The Room for those who want to hear more about this cult film.