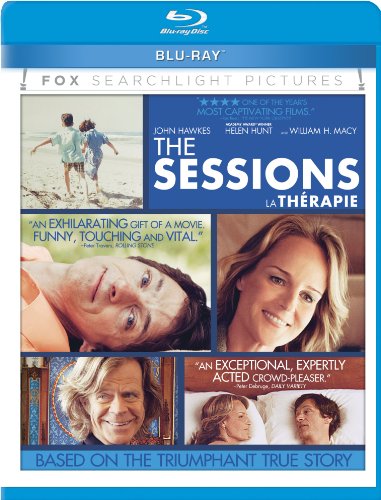 The Sessions tells the story of 36-year-old Mark O’Brien (Hawkes), a man who uses an iron lung, decides he no longer wishes to be a virgin.  With the help of his therapist and his priest, he contacts Cheryl Cohen-Greene (Hunt), a professional sex surrogate and a typical soccer mom with a house, a mortgage and a husband.  Inspired by a true story, the film, follows the fascinating relationship which evolves between Cheryl and Mark as she takes him on his journey to manhood.  The film also stars Adam Arkin, W. Earl Brown, and Rhea Perlman.

The Sessions was released in limited release in October 2012 and grossed just over $5 million at the box office.  However, the film has been nominated for two Golden Globe Awards including Best Actor – Drama (Hawkes) and Best Actress – Drama (Hunt), so the award season may draw some more attention to this small film.