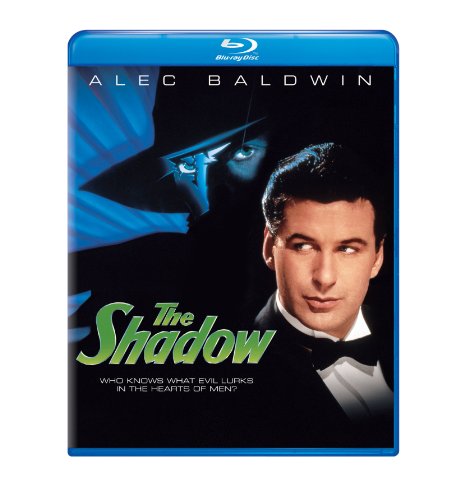 Universal Studios Home Entertainment has announced that it is bringing The Shadow to Blu-ray this summer. The action-packed adaptation of the 1930’s pulp radio serial stars Alec Baldwin as playboy-by-day, vigilante-by-night hero Lamont Cranston, John Lone as the villainous Shiwan Khan, Penelope Ann Miller as a telepathic socialite and Ian McKellen as her father, a War Department scientist. The film was directed by Russell Mulcahy and written by David Koepp. The Shadow will be available online and in stores beginning June 4th.

“Who knows what evil lurks in the heart of men?” The Shadow knows! When an opium dealer named Lamont Cranston is transformed into a heroic crime fighter, he takes on the alter ego of The Shadow and begins battling evil with his newfound power to cloud men’s minds. Soon The Shadow faces his greatest enemy: Shiwan Khan, a descendant of Genghis Kahn taught and trained by the same Tibetan mystic as Cranston. With the help of cab driver Moe Shrevnitz (Peter Boyle), The Shadow must stop Kahn from using atomic science to unspeakably destructive ends.

The Shadow was released in July of 1994 and grossed over $48 million in worldwide box office.

The Blu-ray edition of The Shadow is presented in 1080p with a DTS-HD Master Audio 5.1 surround track. No special features are included.

Disclaimer: Affiliate links are contained in this post. This means when you click a link, and purchase an item, Movie House Memories will receive an affiliate commission. Advertisers and Affiliate Partnerships do not influence our content. See our Terms of Use about the inclusion of affiliate links on this site for more information.
March 29, 2013
1 minute read
Show More
Back to top button
Close
Close