The Siege of Firebase Gloria begins at the start of the Tet Offensive. There, a Marine unit on patrol stops at Firebase Gloria. As the base comes under attack, the patrol remains to help defend it. The Viet Cong lay siege to the camp of U.S. Army soldiers and Marines, but in the end, they hold the base (along with some help from the 1st Cavalry Division).

As the same time, the Viet Cong commander discovers that he is in a similar position to his enemy. His mission isn’t to win the battle, but to lead his men to their deaths so the North Vietnamese Army can take a more larger role in the war. Soon the Americans abandon the base as they have lost too many men in the process of defending it. In the end, the soldiers and commanders on both sides senselessly lose too many men for this base. 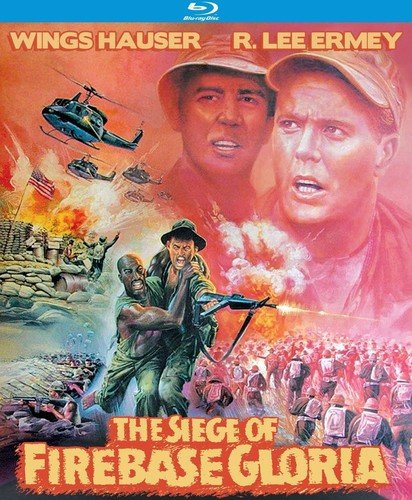 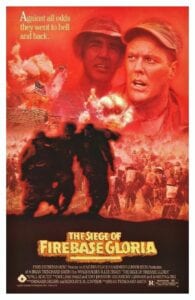 The Siege of Firebase Gloria begins at the onset of the Tet Offensive in January 1968. A Marine unit out on patrol stops at Firebase Gloria after finding every man, woman, and child but one slaughtered n a nearby village.

Once at the base however, Sgt. Maj. Bill Hafner finds many men addicted to drugs, and its C.O. naked and unfit to lead any man. Knowing that the Viet Cong are planning something big, Hafner fakes a Viet Cong raid that night so that Cpl. Joseph L. DiNardo can injure him; allowing Hafner to take command of the base.

The next day, he reinstills discipline to the demoralized U.S. Army soldiers that have lost hope there. Hafner has them quickly boost the base’s defenses with the limited supplies they have.

Meanwhile, on the other side of the enemy lines, the Viet Cong commander, Cao Van, is in a similar position too even though his rag tag group outnumber the U.S. soldiers 5 to 1. His mission though is not to win the battle per se. He is to lead his men (and women) to their deaths; allowing the North Vietnamese Army to win a political and psychological victory over both the U.S Army and the Army of the Republic of Vietnam.

When Cao Van has his men rush the base in the final battle, there are major casualties on both sides. Van and Hafner wind up fighting one on one to a stalemate, and during the course of the battles, both men lose their second in commands, whom they both saw as family.

In the end, Capt. A.J. Moran flies in with three helicopters like a sky cowboy to help turn the tide against the Viet Cong forces. The U.S. wins the military victory, but the Viet Cong does take the political one. Both sides suffer heavy losses that leaves the viewer questioning the value of war all together.