The summary below contains spoilers.
The Spoilers takes place in the frontier town of Nome, Alaska in 1900. Gold Miners, Flapjack and Banty, come into the town to check in on their claim to their goldmine. Cherry Malotte, the town’s saloon owner has discovered that two men, Bennett and Clark, are looking to steal Flapjack and Banty’s claim.

Since a new gold commissioner, Alexander McNamara, has come to office, the innocent miners have become victims of many claim jumpers. McNamara and Judge Stillman, are corrupt as the day is long, and they are in on the schemes to steal the miners claims. Since the Judge is the ultimate legal authority in the American territory, the legitimate miners always lose out.

One day, a boat arrives with the man Cherry is head over heals in love with, Roy Glennister (John Wayne). He has returned from a European vacation, but he is not alone. He is accompanied by Helen Chester, the judge’s niece. She is very attractive to Roy which sets up the film’s love triangle.

Roy’s lust for Helen clouds his judgement, and he ends up siding with McNamara in the beginning. This nearly kills his relationship with his longtime partner, Al Dextry, but Roy realizes his mistake when McNamara and the Judge go after his and Dextry’s claim to their mine, and the $250,000 in gold that have in their safe. Of course, Helen is in on her Uncle’s plot.

The men deceive Roy, so he follows Dextry’s plan. The men rob the bank to steal back their gold, but in the melee, The Bronco Kid shoots and kills the sheriff. They charge Roy for the crime, and they toss him in jail. McNamara and the Judge come up with a plot to let Roy escape, and then kill him for escaping. Cherry finds out about the plan and hatches one of her own to get her man back.

They spring Roy out of jail, and Roy gets a posse of miners to take back the mine. After a huge firefight, they do take the mine, and Roy heads back to town to take out the Judge and McNamara. When the Judge and Helen try to flee town, the miners arrest them. Then McNamara and Roy have a knock-down, drag-out fight over Cherry and the mine.

Roy eventually wins after the two men destroy the inside of Cherry’s saloon. Roy gets the girl and the gold. The bad guys get jail, and Hollywood gets a happy ending. 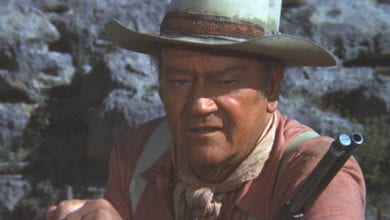 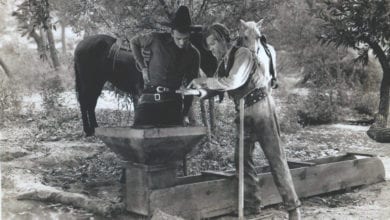 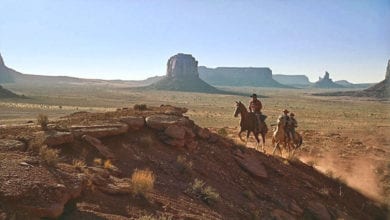 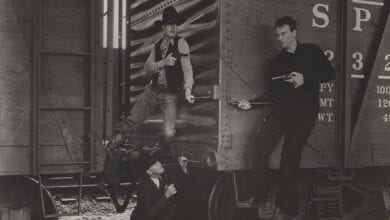