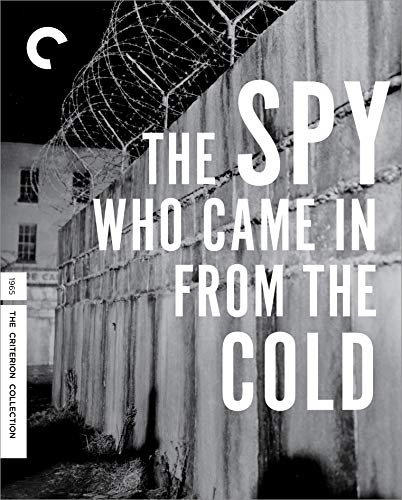 The acclaimed, best-selling novel by John le Carré, about a Cold War spy on one final dangerous mission in East Germany, is transmuted by director Ritt into a film every bit as precise and ruthless as the book. Burton is superb as Alec Leamas, whose relationship with a beautiful librarian, played by Bloom, puts his assignment in jeopardy. The Spy Who Came in from the Cold is a hard-edged and tragic thriller, suffused with the political and social consciousness that defined Ritt’s career.

The Spy Who Came in from the Cold was released in December of 1965 and was nominated for two Academy Awards, Best Art Direction/Set Direction (Black & White) and Best Actor (Burton).

Disclaimer: Affiliate links are contained in this post. This means when you click a link, and purchase an item, Movie House Memories will receive an affiliate commission. Advertisers and Affiliate Partnerships do not influence our content. See our Terms of Use about the inclusion of affiliate links on this site for more information.
August 3, 2013
401 1 minute read
Show More
Subscribe
Login
0 Comments
Inline Feedbacks
View all comments
Most Recent Posts
Facebook Twitter LinkedIn Tumblr Pinterest Reddit
Back to top button
Close
wpDiscuz
0
0
Would love your thoughts, please comment.x
()
x
| Reply
Close