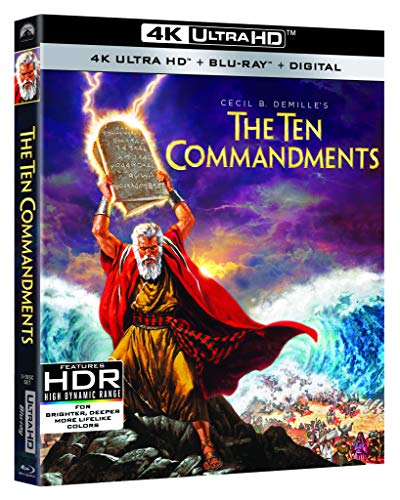 Throughout film history, Hollywood has produced a number of sweeping epics and generation-defining movies. However, one film – Cecil B. DeMille’s The Ten Commandments – has stood the test of time. Universally recognized among critics as a cinematic masterpiece, this unforgettable motion picture has also been recognized by The American Film Institute as one of the “Top Ten” epics of all time. From its Academy Award-winning director* and revolutionary Oscar-winning special effects to its memorable music score and all-star cast, The Ten Commandments presents the story of Moses in all of its stunning glory. Starring Charlton Heston, Yul Brynner, Anne Baxter and a “who’s who” of legendary screen talent, the film was nominated for seven Academy Awards, including Best Picture of 1956.