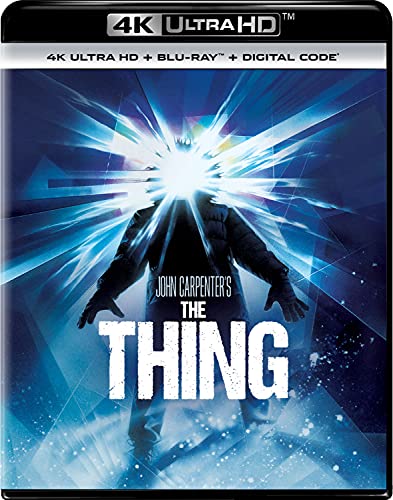 The Thing begins when some crazed Norwegian scientists show up near an American scientific expedition in Antarctica; shooting at a dog from an overhead helicopter. After the helicopter explodes, and both Norwegians wind up dead, the Americans are left puzzled over the incident.

That the night, the dog from that attack mutates into an alien creature and attacks other dogs in its cage. When the American team investigates, they quickly discover that they have a deadly creature with the ability to take the form of its victims in their midst. Now, suspicion and paranoia grows in the camp as the team can’t tell who the alien has already infected, and who’s still human.