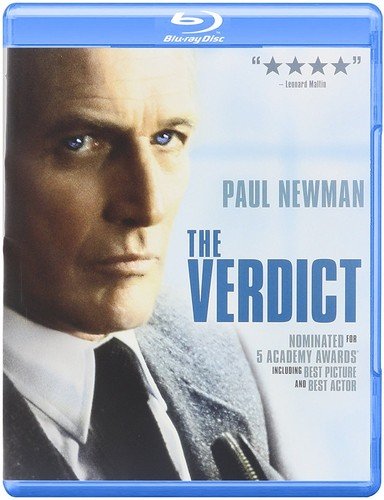 20th Century Fox Home Entertainment has announced that they are planning to bring to The Verdict to Blu-ray this Spring. The film is directed by Sidney Lumet and stars Paul Newman, Charlotte Rampling, Jack Warden, James Mason, and Milo O’Shea. The Verdict will be available online and in stores beginning on May 7th.

Nominated for five Academy Awards including Best Picture, Best Director and Best Actor. Frank Galvin (Newman) is a boozy washed-up attorney with a losing streak a mile long. So when he’s handed a lucrative out-of-court settlement, everyone expects him to take the money and run. But Frank is tired of running and recklessly brings the case to court…only to discover that if finding the whole truth is a little like trial an error, then finding real justice is a lot like trial by fire.

The Verdict was released in December of 1982 and grossed over $53 million at the box office.

Disclaimer: Affiliate links are contained in this post. This means when you click a link, and purchase an item, Movie House Memories will receive an affiliate commission. Advertisers and Affiliate Partnerships do not influence our content. See our Terms of Use about the inclusion of affiliate links on this site for more information.
March 15, 2013
1 minute read
Show More
Back to top button
Close
Close