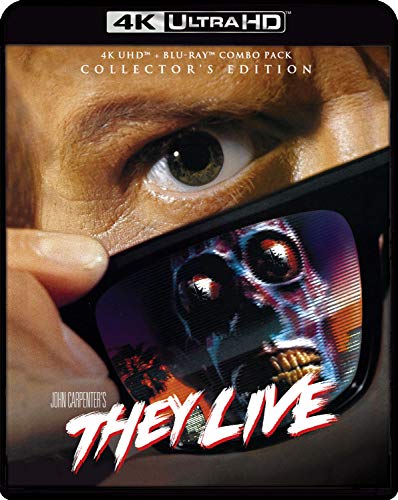 In They Live, a man with no job or name comes to Los Angeles from Denver, Colorado; looking for work. Once he does find it, trouble soon follows when he stumbles upon some special sunglasses a group of extremists left behind at their “church” after a police raid. These glasses allow him to see the world as it really is; under the control of parasitic aliens from Andromeda. With a mind-controlling dish atop a TV network beaming extremely low frequencies into peoples brains, they rule humanity as they see fit. Now Mr. No Name does what he can to rid the planet of this menace.