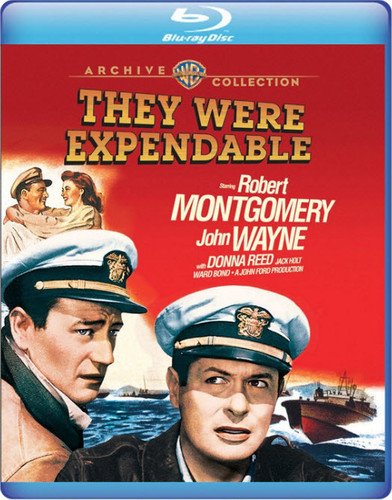 They Were Expendable [Blu-ray]

‘They Were Expendable’ Movie Synopsis

They Were Expendable takes place in the aftermath of the attack on Pearl Harbor. Lieutenant John Brickley leads an experimental squadron of agile fast-attack Patrol Torpedo boats, and the US government send them to Manila to avert a potentially imminent Japanese invasion. As he and his second-in-command try to prove this newly-founded naval unit’s worth, the enemy launches all-out attack which devastates them. However, the PT boat does prove its worthiness when it does well against larger numbers and guns. Unfortunately, it’s still not enough to prop up the doomed Philippine campaign. Many American men lose their life in battle.