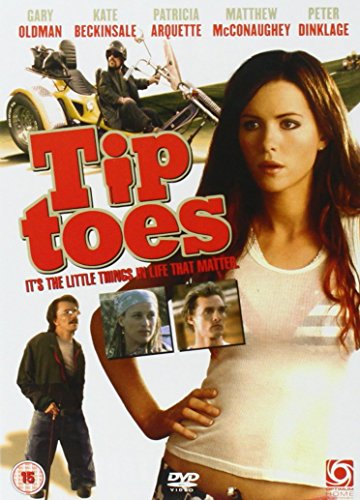 In Tiptoes, Carol is an artist, and Steven trains firefighters. The two lovebirds have lived together for months and plan to marry soon. However, there’s one small tidbit Steve’s never revealed to her; his parents, twin brother, and many of his relatives are dwarfs. Carol only learns this when Steve’s brother, Rolfe, drops by the day after she discovers she’s pregnant. Curious as to why Steve hasn’t told her about his family, she pays them a visit. Tensions soon mount between the two as Carol believes he’s secretly angry about his family, and he thinks she doesn’t fully understand the many problems little people encounter on a daily basis. Will the two’s relationship be able to get past this one tiny issue, or is it bigger than they can handle?