In Tomorrow Never Dies, Elliot Carver is a media mogul who only needs broadcasting rights in China to complete a global communications empire. Unfortunately for him, China isn’t interested. So, Carver decides to start a war between the Chinese and Britain in retaliation. He sinks a British warship in Chinese waters, and steals its deadly payload. MI6 sends their best agent to solve this mystery. Bond, James Bond races against the clock to find out the truth before all heck breaks out! Oh, and the Chinese also want to know what’s going on. They send their own super-sexy agent, Wai Lin, to investigate. So, Bond has that going for him—which is nice. 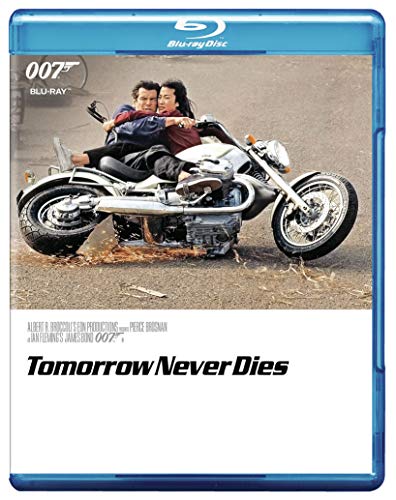 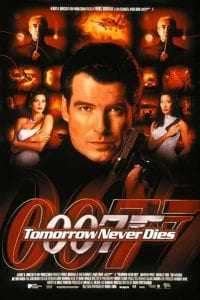 Tomorrow Never Dies begins with James Bond spying on an arms bazaar. He narrowly escapes before a naval missile destroys two nuclear warheads. However, Henry Gupta manages to escape with a military GPS encoder amid the frenzy.

Gupta and media baron Eliot Carver use the encoder to trick a British Navy boat into thinking it is in international waters when it is in fact in Chinese waters. They sink the boat, steal a nuclear warhead, and gun down the survivors. Carver uses his involvement in the massacre to break the news story in his paper “Tomorrow.”

Bond investigates. He begins the usual way, by banging Carver’s wife. Then he poses as a banker and infiltrates the debut party for Carver’s new cable news channel, cutting the power during Carver’s big speech. From there, Bond investigates the sunken ship and teams up with a Chinese spy, Wai Lin.

Carver captures them, but they escape his skyscraper, and collaborate on an investigation. It seems Carver plans to use his stolen warhead to start a war after attacking Beijing.

Bond and Wai Lin board Carver’s stealth ship, and wreak havoc on it. Eventually, the British navy fixes in on the ship, and blow it up; stopping the launch of the warhead.