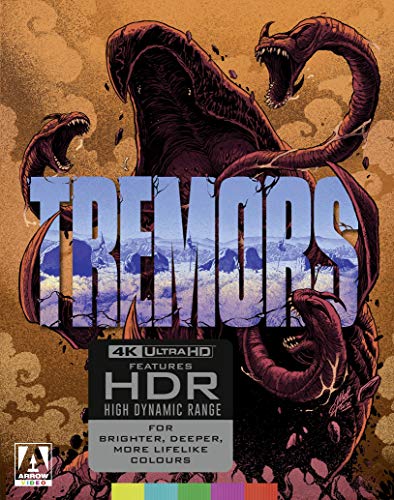 In Tremors, Valentine “Val” McKee and Earl Bassett try to escape their dead-end lives in the desert town of Perfection, Nevada. On their way out, dead bodies mysteriously appear along their route. Once Val and Earl have a run-in with some odd alien creatures that eats a road crew, they head back to town to warn everyone. Val and Earl soon get help from a scientist named Rhonda to kill the creatures. However, it turns out, these creatures can sense ground vibrations to detect a human above them. Now everyone must be on their toes if they are to stay alive long enough to kill these “Graboids” hunting them.

The Reluctant Fundamentalist (2012) Coming To Blu-ray

The Reluctant Fundamentalist (2012) Coming To Blu-ray