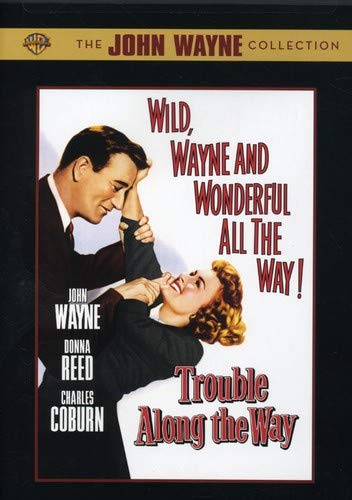 Trouble Along the Way

On May 22, 2007, Warner Home Video released Trouble Along the Way on Blu-ray. Michael Curtiz directed the film which starred John Wayne, Donna Reed, and Charles Coburn.

‘Trouble Along the Way’ Movie Summary

In Trouble Along the Way, Steve Williams is a a down-on-his-luck former football coach looking to turn his life around. He takes a head coaching job at a down-on-their-luck Catholic college looking to turn their program around. Williams soon finds himself struggling to retain custody of his daughter following a divorce, and retain his job at his new school after a recruiting scandal. Can he turn himself and this tiny school into winners?

On May 22, 2007, Warner Home Video released Trouble Along the Way on Blu-ray. Michael Curtiz directed the film which starred John Wayne, Donna Reed, and Charles Coburn.

Chariots of Fire (1981) Sprints Onto Blu-ray In July