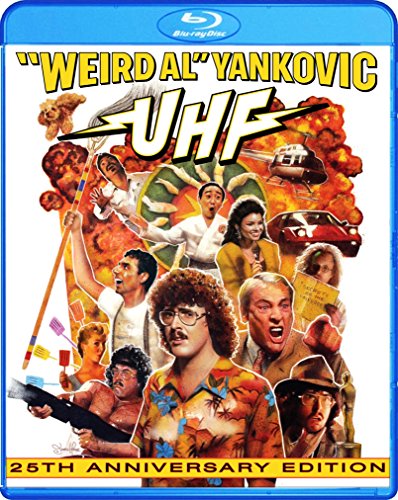 In UHF, George Newman is a daydreamer whose hyperactive imagination keeps him from holding a steady job. His uncle decides George is the perfect man to manage Channel 62; a television station losing money fast, and viewers even faster. However, when George replaces the station’s reruns with bizarre programs such as “Stanley Spadowski’s Clubhouse”, “Wheel of Fish” and “Raul’s Wild Kingdom”, ratings begin to climb. This news enrages R.J. Fletcher, the mean-spirited and cynical mogul of a rival station. Unfortunately, gambling debts force the uncle to consider selling the station to Fletcher, who in turn would shut Channel 62 down (legally, he wouldn’t be able to own two stations in the same town). George and friends organize a 48-hour telethon with the goal of selling investment stock from the station in order to save it.