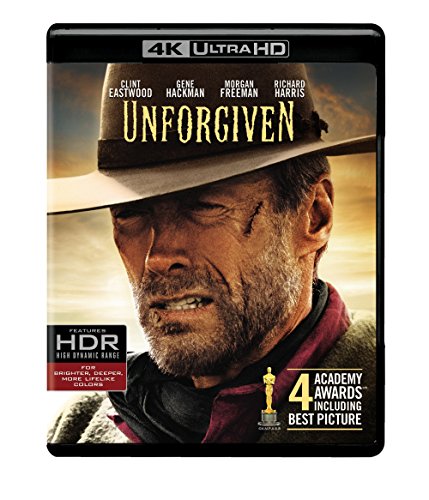 Delilah Fitzgerald is an 1880s prostitute who narrowly escapes death when a group of men attack her; leaving her horribly disfigured. The assault appalls her coworkers, and they seek revenge for her attackers. However, this is the dangerous town of Big Whiskey, Wyoming, and its Sheriff, Little Bill Daggett has little pity for the women. He refuses to bring the men behind Fitzgerald’s attack to justice. That leads an infamous outlaw named William Munny to come out of retirement from his life as a destitute hog farmer in Kansas to find the gang. Along with his old partner, Ned Logan, and a young gunman named the Schofield Kid, Munny goes back to a life he renounced many years ago. While he knows the journey will lead him into a deadly trap, he still needs to find a way to raise his motherless children, and the bounty for bringing the men in will help.