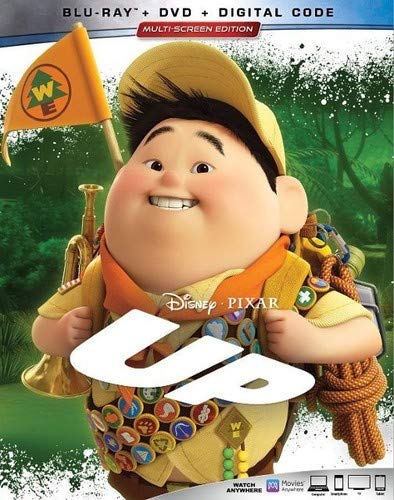 On September 10, 2019, Disney/PIXAR is re-releasing Up on Blu-ray. Pete Docter directed the film which starred Edward Asner, Jordan Nagai, and John Ratzenberger.

When Carl Fredricksen was a boy, he wanted to explore South America to find the forbidden Paradise Falls. Nearly six and a half decades later, he decides to do just that when he lifts his house into the air with thousands of balloons. To Carl’s dismay, and overly-helpful Boy Scout named Russel tags along. On their journey, the two make many new friends including a talking dog. Eventually, Carl finds that a man who was once his childhood idol has evil plans for the world, and only he and Russel can stop him.

Read the full movie summary here, and listen to our review.

On September 10, 2019, Disney/PIXAR is re-releasing Up on Blu-ray. Pete Docter directed the film which starred Edward Asner, Jordan Nagai, and John Ratzenberger.