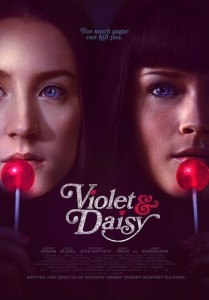 Violet & Daisy is the whimsical story of a teenager’s surreal and violent journey through New York City. It follows Oscar-nominee Ronan as Daisy. With her volatile partner-in-crime Violet, played by Bledel, the two young assassins face a series of opponents, including one unusually mysterious man (Gandolfini), in a life-altering encounter.