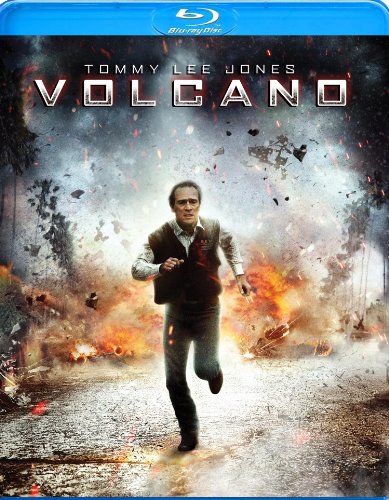 Anchor Bay Entertainment has announced the addition of the action drama Volcano to their upcoming slate of Blu-ray releases. The film is directed by Mick Jackson and stars Tommy Lee Jones, Anne Heche, Gaby Hoffmann, Don Cheadle, Jacqueline Kim, Keith David, and John Corbett. Volcano is currently available for pre-order online and will be available in stores everywhere beginning on October 1st.

In the film, Mike Roark (Jones), head of Los Angeles’ Office of Emergency Management, teams up with seismologist Dr. Amy Barnes (Heche) when an explosion underground kills some construction workers. It transpires that the building of a tunnel has sparked off volcanic activity beneath the city, and soon the streets of LA are flowing with lava. As the city plunges into chaos, Roark’s teenage daughter Kelly (Hoffman) is caught up in the catastrophe.

Volcano was released into theaters in April of 1997 and went on to gross over $122 million in worldwide box office.

Anchor Bay Entertainment has not released any details concerning the exact tech specs and special features that will be included with the disc.