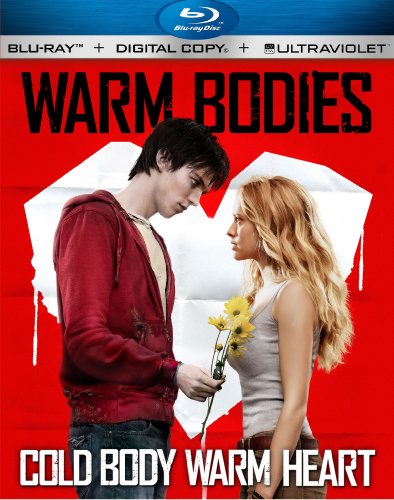 Summit Entertainment has officially announced that it will release on the horror comedy Warm Bodies onto Blu-ray this June. The film was written and directed by Jonathan Levine and was based on the novel by Isaac Marion. Warm Bodies stars Nicholas Hoult, Dave Franco, Teresa Palmer, Rob Corddry, and John Malkovich. The comedy will be available in stores and online beginning on June 4th.

In Warm Bodies, after feasting on the brain of a suicidal teenager, zombie R (Hoult) falls in love with the dead boy’s girlfriend, Julie (Palmer). R rescues Julie from certain death at the hands of his zombie clan and takes her back to his lair. The romance that unfolds between them sets a sequence of events in motion that could transform the entire half-lit world.

Warm Bodies was released in February of 2013 and grossed over $107 million in worldwide box office to date.

Disclaimer: Affiliate links are contained in this post. This means when you click a link, and purchase an item, Movie House Memories will receive an affiliate commission. Advertisers and Affiliate Partnerships do not influence our content. See our Terms of Use about the inclusion of affiliate links on this site for more information.
April 4, 2013
1 minute read
Show More
Back to top button
Close
Close