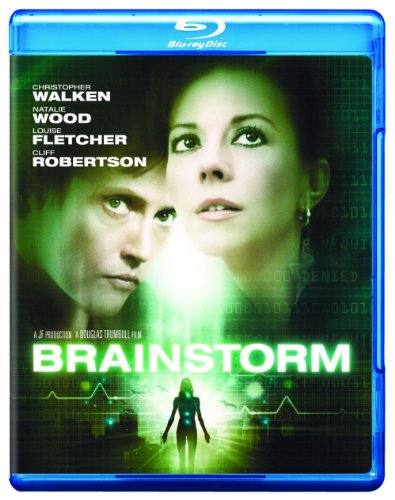 On July 10, 2012, Warner Home Video released Brainstorm on Blu-ray. Douglas Trumball directed the film starring Christopher Walken, Natalie Wood, and Louise Fletcher. Brainstorm grossed over $10 million at the box office. The film is the last movie that Wood completed before her drowning death in 1981.

Brainstorm starred Academy Award winner Christopher Walken, Natalie Wood, Academy Award winner Louise Fletcher, and Cliff Robertson.  Mike Brace (Walken) is a technological genius who’s created a device that can record and play back human thought.  But the military catches wind and emerges as an unwanted ‘silent partner’ in his project.  Soon, Mike and his wife (Wood) are thrust into a breathless, non-stop race to prevent the machine from falling into the wrong hands and becoming the ultimate government weapon.