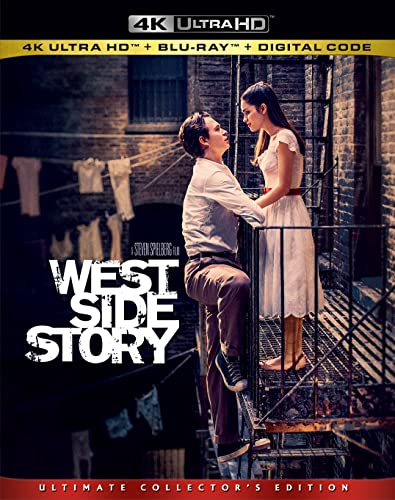 Produced and directed by legendary filmmaker Steven Spielberg, from a screenplay by screenwriter and playwright Tony Kushner, WEST SIDE STORY tells the classic tale of fierce rivalries and young love, set in 1957 New York City. A whole new generation can experience this reimagining of the beloved musical originally choreographed by Jerome Robbins, with music by Leonard Bernstein, lyrics by Stephen Sondheim and original book by Arthur Laurents. Ansel Elgort stars as Tony, a former member of the “Jets” street gang, and Rachel Zegler stars as María, a young woman whose brother is the head of the Jets’ rival gang, the “Sharks.” When Tony and María meet, they fall in love, but those close to them discourage their union. As racial and territorial tensions mount between the competing gangs, events unfold that threaten the young lovers’ happiness. (Courtesy 20th Century Studios)