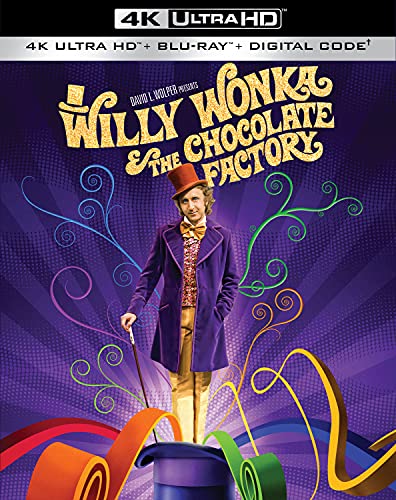 Willy Wonka and the Chocolate Factory begins with the eccentric candy maker, Willy Wonka. When he announces a contest where he hid five golden tickets in chocolate bars around the world that will grant the finder access to his factory, it sets off a world-wide craze. Charlie Bucket lives with his poor family, but his deadbeat Grandpa Joe encourages him to keep participate in the frenzy; even to the point he gives Charlie false hope.

Charlie uses his extra money on one chocolate bar after the other. Surprisingly, he finds the last ticket. On the day of the event, five children enter the factory with one adult in tow. There they find a wonderland of candy and chocolate beyond their dreams. However, even though Willie Wonka seems like a kind man, it’s quickly obvious he’s testing each child for something greater. Will Charlie pass the test?

Carrie (1976) Gets a Screaming Collector’s Edition

Carrie (1976) Gets a Screaming Collector’s Edition