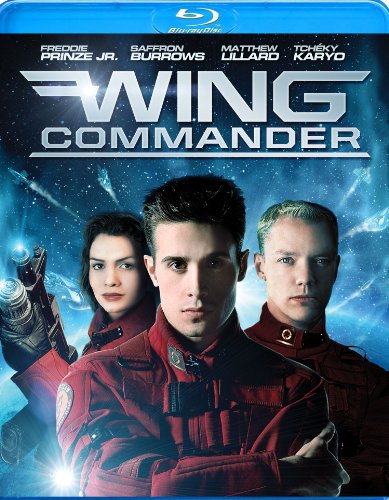 Anchor Bay has announced that they are adding Wing Commander to their upcoming slate of Blu-ray releases. The film was directed by Chris Roberts and stars Freddie Prinze, Jr., Saffron Burrows, Tchéky Karyo, Jürgen Prochnow, and David Warner. Wing Commander will be available in stores and online August 13, 2013.

Loosely based on the videogame series of the same name, Wing Commander opens in the year 2654 and introduces Terran Confederation fighter pilots Christopher Blair (Freddie Prinze, Jr.) and Todd Marshall (Matthew Lillard), a young hotshot who joins an interstellar war to fight the evil Kilrathi armada, a fleet of alien warriors hellbent on destroying the universe.