Andre Davis is a New York City police detective who has a reputation for being quick to draw his gun. After seven police officers are killed in a robbery at a wine shop, Andre is brought in to lead the investigation to find the two men responsible. However, as Andre begins to investigate, he finds evidence of a massive conspiracy involving police officers who may have involved Andre in the investigation for the purpose of killing the robbers to keep the criminal empire from being revealed to the world. 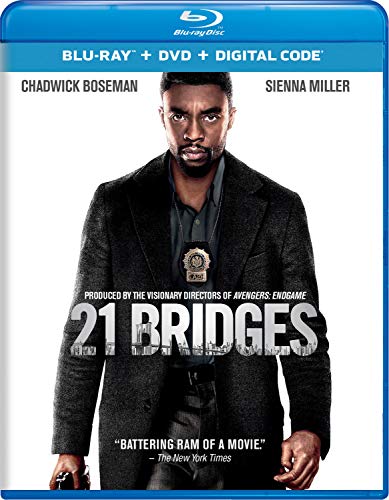 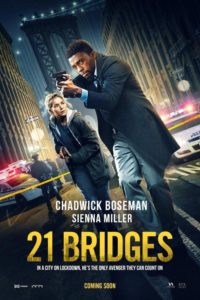 Andre Davis (Chadwick Boseman) is an NYPD police detective who has an infamous reputation. Andre has a long history of having to pull his gun during his investigations and has shot and killed several suspects. Andre has always claimed it was self-defense, but internal affairs constantly has him under investigation in order to get his badge. One of the reasons that Andre maybe so quick on the trigger is that his father, who was also a police officer, was murdered on duty when Andre was only 13 years old.

One night, small-time criminals Michael Trujillo (Stephen James) and Ray Jackson (Taylor Kitsch) attempt to rob a wine shop in Brooklyn of 30 kilograms of cocaine. Both Michael and Ray are former soldiers who have fallen on bad times. However, their tip is wrong, and they find that the wine shop has 300 kilograms of cocaine instead. The pair attempt to take as much as they can, 50 kilograms, but before they can get out of the building, they encounter a group of police officers who inexplicably arrive at the wine shop. Ray guns the officers down in a shootout. Michael and Ray quickly get away in their damaged vehicle into the city of Manhattan. Michael is angry with Ray for resulting to violence since it was supposed to be a simple heist.

Not surprisingly, Andre is assigned to the case with a relatively unknown narcotics detective Frankie Burns (Sienna Miller). Frankie comes from the same precinct as the deceased officers. Andre immediately comes into conflict with FBI agents Sgt. Butchco (Obi Abili) and Sgt. Dugan (Andy Truschinski) who attempt to take over the investigation and apprehension of the suspects. The FBI agents believe that Andre is dirty. With the help of the deputy mayor and the precinct’s head, Captain McKenna (J.K. Simmons), Andre keeps the investigation and shuts down the island of Manhattan from the outside world, including closing all twenty-one bridges. Andre believes that the killers will have to sell the cocaine before leaving the island. The FBI gives Andre only until 5 a.m. to find the killers before they will open the lock down.

We got twenty-one bridges in and out of Manhattan. Shut them down. Three rivers. Close them. Four tunnels. Block them. Stop every train and loop the subways. Then, we flood the island with blue. Andre Davis (Chadwick Boseman)

Meanwhile, Ray and Michael find their liaison for the robbery, Toriano Bush (Louis Cancelmi), and blackmail him to persuade their drug buyer, Hawk Tyler (Gary Carr), to give them a bigger cut in exchange for their identities to be changed so they can get away. Ray and Michael are given a million dollars and they are sent to a money launderer named Adi (Alexander Siddig). Adi gives them new identifies and tells them to leave for Miami the next day after the police dragnet lightens up. A team of police officers led by Lieutenant Kelly (Darren Lipari) arrives and surrounds Adi’s home. Adi is mortally wounded during the raid but manages to give Michael two flash drives and their passwords before dying. Both Michael and Ray get away from the police.

At the same time, Andre and Frankie manage to identify Ray, Michael, and Bush. Bush is located at a club, but he is gunned down by two vengeful police officers (Obi Abili and Andy Truschinski) before he can be questioned about the robbery or the locations of Ray and Michael. When Andre and Frankie arrive on scene, Andre catches one of the officers attempting to plant a gun on Bush’s body to justify the shooting. Andre becomes suspicious of his colleagues and questions why he, an officer with a reputation for drawing his gun, would be assigned to the investigation. His suspicions continue to grow after he hears about the raid and killing of Adi at the money launder’s home.

Eventually, Andre and Frankie manage to catch up to Michael and Ray near a slaughterhouse in the warehouse district. Ray accidentally kills a civilian before he is fatally wounded by Andre. However, Michael disarms and abducts Frankie at gunpoint, using the narcotics detective as a shield. Andre tries to get Michael to surrender, but the former soldier refuses and tells Andre about the drives and how suspicious everything is. Ultimately, Michael escapes. Frankie yells at Andre for not shooting the suspect.

Michael hides out in a nearby hotel room and uses the personal computer of one of the hotel guests to open the flash drives. The information on the drive shows that may of the officers in McKenna’s precinct were involved in drug trafficking through the winery as an illegal retirement plan. Michael also discovers that all seven of the police officers killed by him and Ray were corrupt. As police begin to search the hotel, Michael goes on the run again and abandons his money. He is cornered by Andre on a subway train. Andre convinces Michael to surrender and promises that he will keep him alive. However, Frankie arrives and shoots an unarmed Michael. Frankie tells Andre that she believed that Michael was still armed. Before dying, Michael passes the drives to Andre and tells him the password. In the aftermath, Andre is congratulated but he is suspicious of McKenna’s precinct. He borrows Frankie’s phone and discovers that she contacted Kelly prior to the raid on Adi’s apartment.

The next day, Captain McKenna returns to his home after working all night. He finds Andre in his kitchen with a gun. Andre explains that he has accessed the drives and learned about the corrupt police officers in the precinct. McKenna explains that the police officers were struggling to survive on measly pay until they became involved in the drug trafficking. McKenna asks Andre to walk away, but the younger detective refuses to do so. Three other police detectives involved in the conspiracy arrive and are killed by Andre when they try to kill him. McKenna and Andre engage in a gunfight and McKenna is killed. Frankie arrives and has the drop on Andre, but he talks her into surrendering after he reveals that he has already leaked the information on the drives to the internet. He takes Frankie, in handcuffs, to his car and drives her back to the station as other police officers arrive at McKenna’s house.