In Frozen, Princess Elsa of Arendelle and her younger sister, Anna, become distant, after an inadvertent mistake. As a result, Elsa, the powerful conjurer of snow and ice, secludes herself from the kingdom; struggling to keep her ever-growing curse at bay. However, conflicting emotions and bottled-up feelings threaten to plunge their realm into an eternal winter. Now, it’s up to Anna and a fearless team of unlikely allies to save the day. 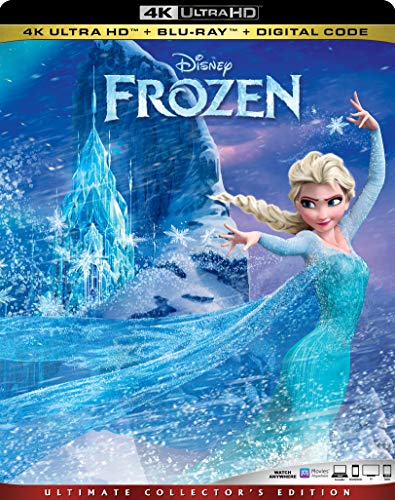 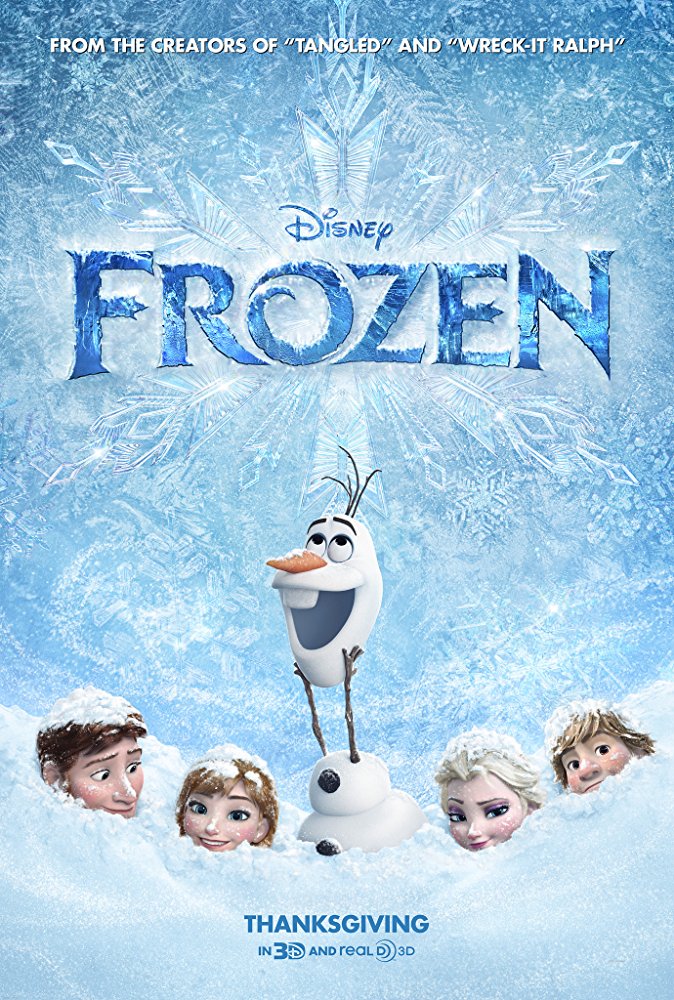 Frozen begins with the young Princess Elsa of Arendelle. We find she has magical powers that allow her to control and create ice and snow. One day, while she is playing with her sister Anna, she accidentally loses control of her powers and injures Anna. Their parents take both sisters to a colony of trolls led by Grand Pabbie (Ciarán Hinds). The troll king is able to heal an unconscious Anna, but alters her memories so that she forgets Elsa’s magic.

Grand Pabbie warns Elsa that she must learn to control her powers. Fearful for both of their daughters, the King and Queen separate the sisters from each other and close the gates to their castle. In an effort to protect her sister, Elsa ceases all contact with Anna, despite her sister’s constant requests to play with Elsa. When the sisters are in their teens, the King and Queen are lost at sea during a storm.

After she turns 21, Elsa (Idina Menzel) is set to be crowned queen of Arendelle. She is still afraid that she will lose control of her powers and the reactions that may cause among the people of her kingdom. She agrees to open the castle gates to the public and visiting dignitaries for the first time in years. Among them are the Duke of Weselton (Alan Tudyk) and Prince Hans (Santino Fontana) of the Southern Isles. Anna (Kristen Bell) and Hans hit it off instantly, and they wish to get married.

After her coronation, Elsa objects to Anna marrying Hans. Hurt and confused, Anna begs Elsa to explain why she isolated herself over the years. Elsa loses control of her powers in front of everyone due to the emotional stress of the moment. The Duke declares her a monster and forces Elsa to flee Arendelle. Elsa runs to the snowy North Mountain, where she finally accepts her powers and builds an ice castle for herself. Unbeknownst to Elsa, her use of her powers unintentionally engulfs Arendelle into a deep winter.

Concerned for her sister, Anna goes after her to bring her home and hopefully end the winter. She leaves Hans in command of Arendelle. While trying to find her way to North Mountain, she meets an ice seller named Kristoff (Jonathon Groff) and his friendly reindeer, Sven. She convinces the pair to take her to the mountains. Along the way, Kristoff’s sleigh is destroyed during a wolf attack and the trio must make the journey on foot. They encounter a sentient snowman by the name of Olaf (Josh Gad). Olaf has also been inadvertently created by Elsa’s powers and resembles a snowman that Elsa and Anna made when they were young. Olaf offers to help the trio find Elsa.

Meanwhile, Anna’s horse returns to Arendelle without the princess. Hans sets out to find both Anna and Elsa and is joined by the Duke’s men, who have been given secret orders to kill Queen Elsa. Back in the mountains, Anna reaches Elsa’s ice palace. She tells Elsa what has happened to Arendelle, and a horrified Elsa tells her sister that she does not know how to undo her magic. The emotion of the moment causes Elsa to lose control of her powers again and she accidentally freezes Anna’s heart.

In an attempt to isolate herself again, Elsa creates a giant snow monster named Marshmallow. The giant snow monster chases off Anna, Kristoff, Sven, and Olaf. Kristoff realizes that Anna is seriously injured and takes her to his adoptive family, the trolls, to heal her. Once there, Grand Pabbie reveals that Anna will freeze solid unless an act of true love reverses the spell.

Back in the mountains, Hans and his men reach Elsa’s palace. They are able to defeat Marshmallow and capture Elsa. They take her back to Arendelle. Meanwhile, Kristoff races through the snow to get Anna back to Arendelle and Hans, the man Anna claims to love. Kristoff believes a kiss from Hans will break the spell on Anna. Once in Arendelle, Hans reveals that he has been plotting to seize the throne of Arendelle and is not actually in love with Anna. He locks the princess into a room where she is left to die. Hans misleads the dignitaries into believing that Elsa killed her sister, but not before he and Anna were married, which would make him king of Arendelle. As king, he orders Elsa’s execution. However, Elsa is able to escape her cell, but her powers continue to rage out of control.

Olaf is able to free Anna, although he very nearly melts in the process. The pair head into the blizzard outside to find Kristoff. Olaf has revealed to Anna that Kristoff is in love with her, and the hope is that he will be able to break the spell. Hans confronts Elsa on the frozen ice of the bay. He tells Elsa that she killed Anna which causes Elsa to break down and abruptly stop the storm. Also on the bay, Anna spots Kristoff and Elsa. She sees that Hans is about to kill Elsa with a blade. Forced to choose between saving Elsa’s and her own life, Anna leaps in the way of Hans’ blade just as she freezes solid. Hans’ blade breaks on Anna’s frozen hand. A devastated Elsa hugs and cries over her sister. Suddenly, Anna thaws, her act of heroism in saving her sister constituting an act of true love.

Suddenly, Elsa realizes that love is the key to controlling her magic. She ends the winter storm surrounding Arendelle, and creates a personal snow flurry around Olaf to help him survive the warmer climates. Hans is arrested and exiled from the kingdom, while the Duke’s trade links with Arendelle are cut off. Anna gives Kristoff a new sleigh to replace the one he lost. The couple shares their first kiss together. Anna and Elsa are reunited and Elsa promises never to lock the castle gates again.

In a post credits scene, Marshmallow finds Elsa’s discarded crown in the mountains. The snow giant places the crown on its head and smiles.