Interstellar takes place in the near future. Joe Cooper is an ex-science engineer and pilot who now farms land with his daughter, Murph, and son, Tom, in the American Midwest. During this time, mighty sandstorms devastate Earth’s crops to the point that food begins to run out on the planet. Soon, humanity will come to an end from starvation. Interestingly, N.A.S.A. has a base near Cooper’s home, and they ask him to go on a mission with a few other scientists. Cooper has the right combination of scientific intellect and flight experience to send himself and the others through a wormhole. This mission will help humanity find a new planet to live on now that ours is doomed. Cooper must now make the difficult decision to either go; and possibly never see his children again, or stay; and risk humanity never finding another planet to live on. 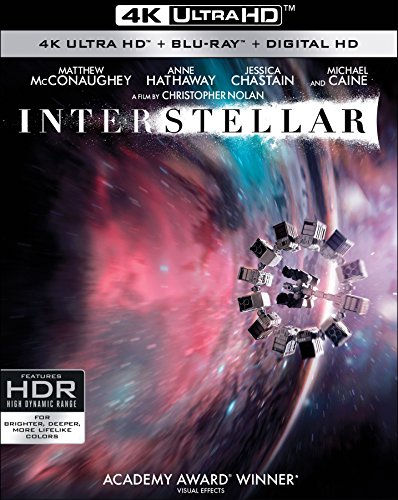 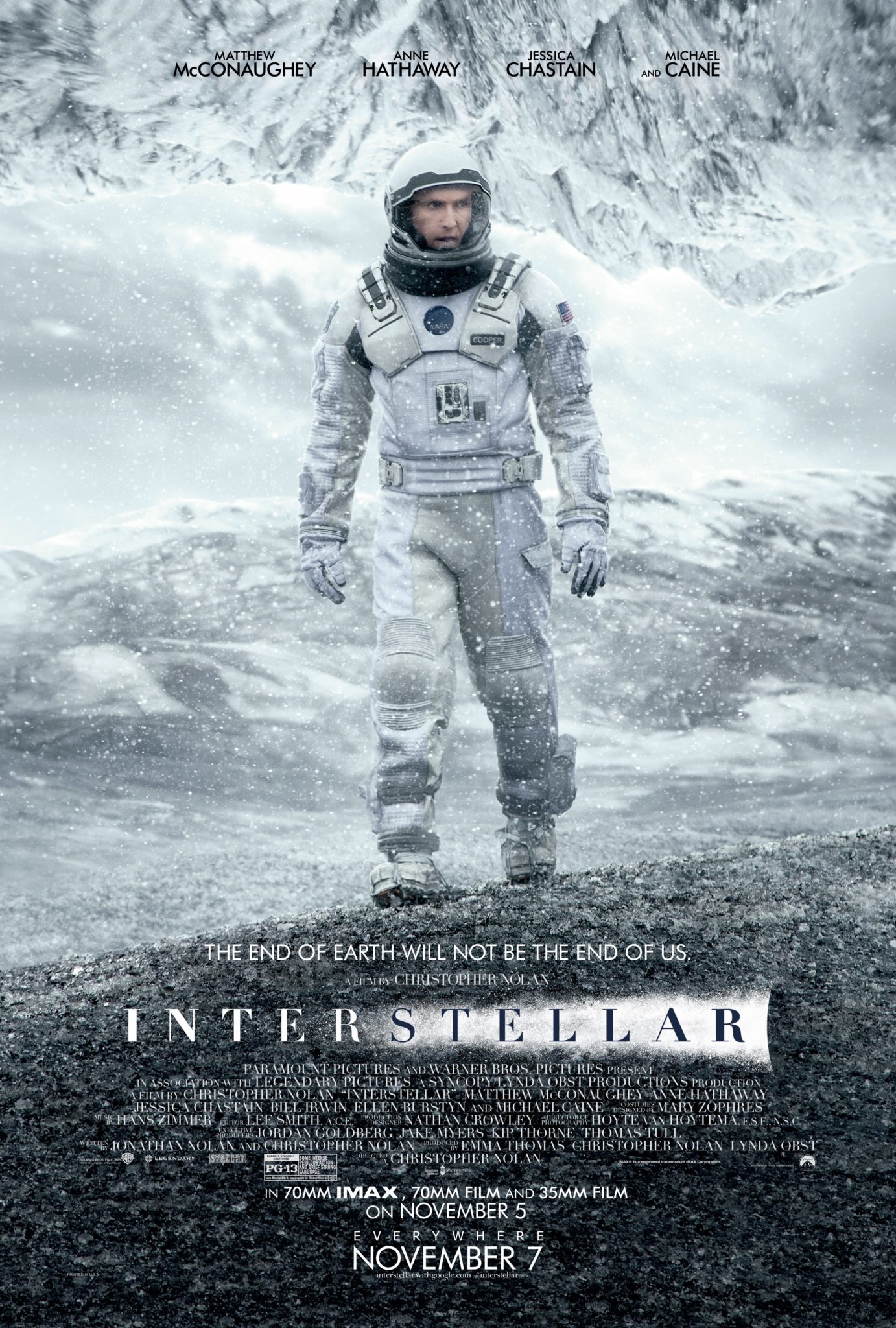 The film Interstellar begins sometime in the near future with the planet reeling from environmental disaster. War has reduced the population, and a crop disease called blight threatens to starve humanity to death. Joseph Cooper (Matthew McConaughey), a former pilot for NASA, and a widower, raises his two children with his father-in-law on his farm. A ghost haunts his daughter, Murphy (Mackenzie Foy), whom they call Murph. She thinks the spook lives in her room behind her bookcase. One day after an intense dust storm, a disturbance in gravity leaves a series of lines on the ground. Cooper investigates and realizes that the lines are coordinates.

Cooper and Murph follow the coordinates to a secret NASA facility. There they find artificially intelligent robots, a bunch of scientists trying to launch giant spacecraft, and Dr. Brand (Michael Caine), Cooper’s former professor. They learn that a wormhole appeared mysteriously near Saturn some years ago. NASA sent a group of scientists through the wormhole to try and find habitable planets where they can relocate humanity. If they can’t relocate humanity by launching the entire facility into space, plan B is to restart the human race with a warehouse of embryos and a whole lotta love.

They plead with Cooper to pilot the spaceship that will follow up on the former scientists in the wormhole. He agrees, given the imminent threat the humanity on earth. He takes Murph home and breaks the news to her. She takes it poorly, and Cooper has to leave her crying in her room.

The crew consists of Cooper, Romilly (David Gyasi), Doyle (Wes Bentley), and Dr. Brand’s daughter, Dr. Brand (Anne Hathaway). They head for Saturn and are able to send and receive video messages back home. Murph refuses to talk to Cooper.

On the other side of the wormhole, the crew has to make a tough decision. They don’t have enough fuel to visit more than two planets. In addition, some of the planets have a larger gravitational pull and time will move more slowly for them on the planet than back at earth. Further complicating things is a large black hole nearby that can capture them with its gravity. The crew chooses poorly and lands on a large planet. The crew appears to be gone for a few short hours, but decades pass on Earth. Cooper returns to space realizing that he has missed all of his children’s childhoods.

The crew uses their last fuel to visit the planet of Dr. Mann (Matt Damon), the NASA astronaut that inspired the missions through the wormhole. The crew finds Dr Mann, but soon learns that he faked signs of life on his planet in order to get rescued from his loneliness on the isolated frozen planet. Dr. Mann hijacks their ship and causes serious damage to the space station trying to dock.

Meanwhile, Murph has grown to be as assistant to the distinguished Dr. Brand. However, she discovers that plan A was always a lie and that Dr. Brand discovered long ago that they lacked the knowledge to launch the facility into space. She tells her dad this in a rare message to the space station.

Back on the space station, they surmise that if they could gather data from the black hole, they might figure out what they need to launch the facility into space and save the humans. Cooper decides to take one for the team and launches himself into the black hole with one of their robots, saving the Brand’s life.

Cooper is discovered floating in space at some point distant in the future. He is taken to a space station where he meets Murph, now a very old woman. Murph is the heroine of mankind, having found the technology to save them from the dying earth. Murph moves on, and Cooper takes off on a mission to retrieve Brand, who is starting a colony on a distant but habitable planet.