In A Christmas Story 2, the original, traditional, one-hundred-percent, red-blooded, two-fisted, All-American Christmas continues five years later with Ralphie, Randy, mom and the Old Man. This time, Ralphie has his eyes fixed on a car. But trouble is sure to follow. 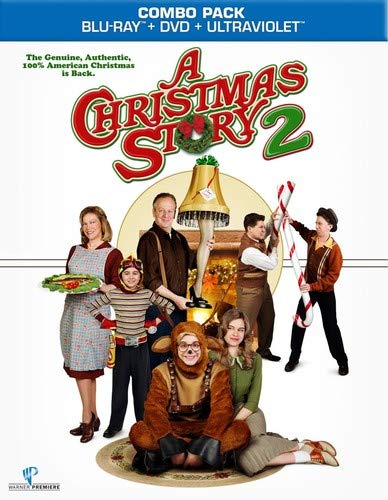 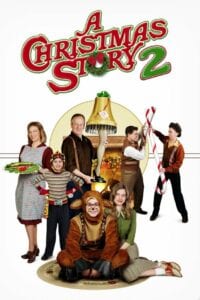 A Christmas Story 2 takes place five years after Ralphie Parker (Braeden Lemasters) almost shot his eye out on Christmas Day. Now a hormonal teenager, he has forgotten all about his Red Rider BB gun. Instead, Ralphie fantasizes about finding a (used) 1939 Mercury Eight convertible and his dream girl, Drucilla (Tiera Skovbye), wrapped up underneath his Christmas tree.

After causing damage to his dream car, Ralphie and his equally moronic friends, Flick (David Thompson) and Schwartz (David Michael Paul), go to work at Higbees department store, in an effort to earn money that will pay for the damages. The trio fails in the gift-wrapping department. Then can neither properly fitting women’s shoes nor spray perfume in the air—without touching women’s breasts. Even decorating the store’s windows doesn’t go well for the boys.

While working in the ordered processing room, Flick, without a triple dog dare, gets his tongue stuck the the clear dispensing vacuum tube. This incident sucks the time out of their processing room opportunity, and it leads to the boys’ placement in elf costumes, supporting the store’s Santa Claus.

After watching the Santa act like a jerk to numerous kids, Ralphie stops the crowd from visiting the heartless Santa Clause—causing a full-blown riot—and sending St. Nick to the North Pole. Ultimately, these buffoons earn just enough money to pay the car dealer, but Ralphie decides to spend most of it helping a homeless family and to buy his old man that prized leg lamp he lost years ago.

Speaking of Ralphie’s Old Man (Daniel Stern), instead of going to work on a daily basis, earning a living, and maintaining a stable household, Mr. Parker now spends his days fighting with their prehistoric furnace, conning a local car salesman, and open-air ice fishing for the family’s Christmas dinner, instead of paying $.40 per pound for a turkey. The Old Man was just frugal enough to eventually purchase a nine-year-old furnace for a mere $180—six months before taking the seller to small claims court.

When she’s not counseling her moronic family, saving every dime that falls out of their pant pockets, and taking her son Randy to a dentist, nicknamed The Butcher, Mrs. Parker (Stacey Travis) is just a boring housewife with a penchant for ice fishing. However, the Old Man wasn’t able to reel in the Christmas dinner, so Mrs. Parker used her pocket money to buy a trout for their holiday meal—making the Old Man look like a hero.

Meanwhile, Ralphie is let off the hook for the damages because his cheap son of a bitch father found a way to buy Ralph’s dream car as a Christmas gift. Oh, and Ralph’s dream girl inexplicably falls for him on Christmas day.