Teenager Yi lives in Shanghai with her mother and grandmother. Yi’s father, who was a talented violinist, has recently died, and Yi is reluctant to play her violin. When she encounters a young Yeti named Everest on her rooftop, Yi’s starts an adventure that will change her life. Yi begins a journey across China to Mount Everest in a quest to return her yeti friend to his family. Joined by her friends Jin and Peng, Yi tries to stay one step ahead of an evil corporation that has the intent to capture Everest and exploit him for financial gain. 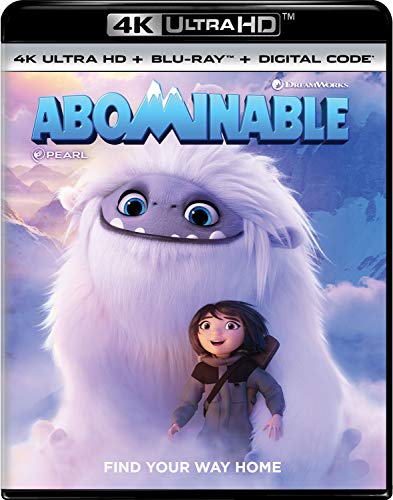 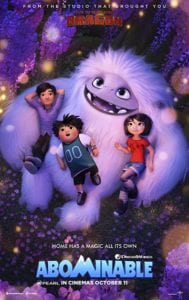 In Shanghai, a young Yeti escapes from a compound owned by a wealthy businessman named Mr. Burnish (Eddie Izzard). Burnish intends to use the magical creature to prove the existence of yetis to the rest of the world. The Yeti hides out on the rooftop of the apartment building of Yi (Chloe Bennet), a talented violin-playing teenager. Yi lives with her mother (Michelle Wong) and Nai (Tsai Chin). She lives a very busy life and neglects to spend time with her family and her friends, including basketball fan Peng (Albert Tsai) and his computer savvy cousin Jin (Tenzing Norgay Trainor). Yi dreams of a bigger life and misses her father, who was also a talented violinist who unfortunately passed away.

One night, Yi encounters the Yeti on her rooftop as she observes Burnish’s helicopters circle the area looking for the mysterious creature. Yi helps hide the Yeti and names him Everest. She feeds the Yeti Baozi and treats the animal’s wounds. Everest is able to communicate to Yi that he wants to reunite with his family on Mount Everest. Yi has a desire to travel across China so she agrees to take Everest home. They barely escape Burnish’s forces at the Oriental Pearl Tower who try to capture Everest with their helicopter. Yi and Everest escape on a ship carrying red cola cans with Peng and Jin.

The group gets to a port in southern China and begins traveling in another crate of red cola cans on a truck. When the crate falls off the truck, they end up in a forest. After traveling all night, the kids are all hungry. Everest surprises the humans with his mystical powers to stimulate blueberries to grow to enormous size. They continue to be pursued by Burnish and his zoologist for hire, Dr. Zara (Sarah Paulson). Zara theorizes that Yi’s group is heading to the Himalayas. Burnish forces catch up with them in the Sichuan region but Everest uses his power to cause a plant to grow to a gigantic size. Yi, Everest, and Peng escape on the wind-blown shoot, but Jin is left behind and captured by Burnish’s hired goon (Richard Dietl).

Zara feigns a love for animals, but secretly she plans to capture Everest so that she can sell him. Jin learns of Zara’s secret plan and also learns that Burnish is a true lover of animals, including Zara’s pet jerboa. Meanwhile, Yi, Everest, and Peng reach the Gobi Desert where they make friends with several tortoises who accept their giant shoot. Yi’s group eventually travels to a town on the banks of the Yellow River where they encounter the Burnish forces again. Peng thinks quickly and uses a large group of yaks to create a stampede to cover their escape. Jin rejoins them and the group crosses the Yellow River to a field of yellow flowers. Everest causes the blossoms on the yellow flowers to grow to enormous sizes which helps the group cover their escape.

Yi’s group eventually reaches the Himalayas with Everest. They encounter a giant chasm with a rope bridge across it. When they begin to cross, Burnish forces show up on both sides of the bridge. Once they have Yi’s group cornered, Mr. Burnish has a change of heart after seeing Everest protecting the kids. Burnish experiences a flashback to his first encounter with the yeti which was protecting its young. Burnish is betrayed by Zara who injects the billionaire with tranquilizer before injecting Everest with a tranquilizer. Yi tries to protect Everest, but Zara throws the young girl off the bridge. Burnish forces take Everest, Peng, and Jin and begin to leave the mountain.

Meanwhile, Yi clings to a rope off the side of the bridge. She climbs up and uses her violin which had previously been repaired by Everest. The violin now has magical abilities, and Yi plays it, which awakens Everest, who breaks free from his cage. An angry Zara attempts to kill Everest, but she only ends up killing herself and the Burnish goon in an avalanche. Burnish agrees to help Yi, Peng, and Jen keep the existence of the yeti a secret. Yi, Peng, Jin, and Everest continue their journey to Mount Everest where they reunite with Everest’s very large family. After saying goodbye to Everest, Yi and her friends return to Shanghai with the help of Mr. Burnish. Yi vows to spend more time with her family and once again takes up playing her violin again in honor of her father.