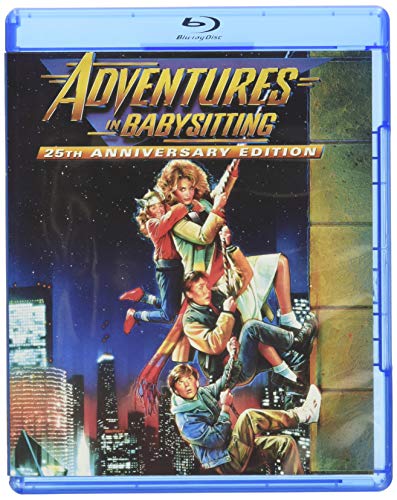 Adventures in Babysitting takes place in Oak Park, Illinois when high schooler Mike Todwell stands up his girlfriend. She then agrees to babysit Sara Anderson instead. Sara’s brother, Brad, has a crush on Chris, and decides to stay home with them instead of staying the night at his friend, Daryl’s house. When her friend, Brenda, calls to tell her she decided to run away, she already regrets it. She then asks Chris to come get her at a bus station in downtown Chicago.

Chris makes a deal with Brad and Sara to go, but Daryl overhears them, and blackmails her into letting him go with them. Once on the freeway, Chris gets a flat tire before realizing that she left her purse at the house. After a mechanic stops and offers to take her car to his garage, Chris sees no other option. She accepts the offer, and the real adventure around Chicago begins.