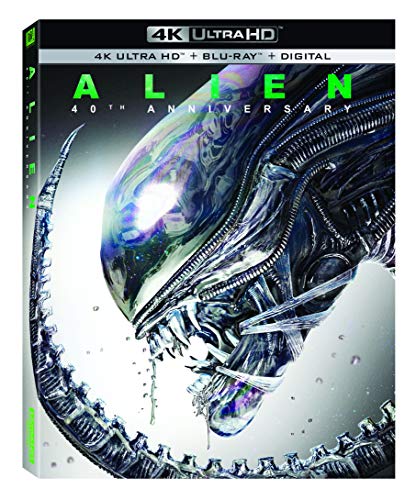 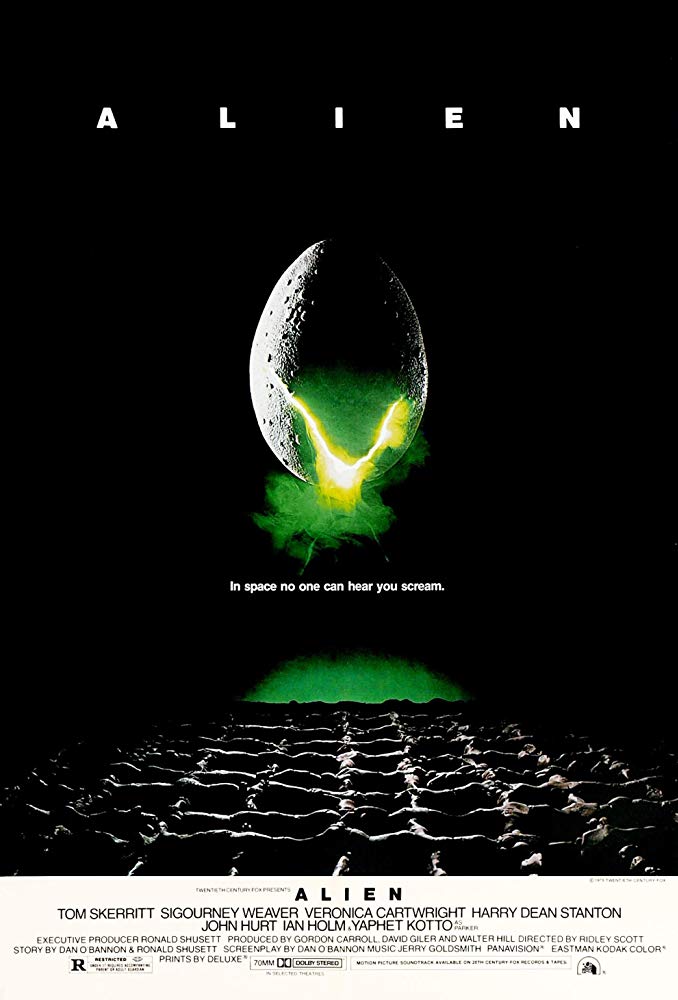 Alien begins with the Nostromo, a commercial mining ship, on its way back to Earth with a payload of minerals. Midway, the ship’s computer, Mother, wakes the crew from stasis so they can answer a signal from an unknown planetoid.

Reluctantly, the crew reluctantly responds to it, and finds the wreckage of an unidentified ship on its surface. While exploring the ship, one crew member, Kane, finds a cache of organic pods. A face-hugger, a kind of embryo parasite, attacks him. The creature wraps itself around his head, and forces a tube down his throat. The alien only intends to keep him alive until it can impregnate him with an alien baby.

Against Ripley’s advice, Captain Dallas breaks quarantine, and takes Kane back onto the ship. Eventually, the face-hugger dies and falls off. Kane is happy to be awake and looks as healthy as ever. However, an alien bursts from his chest at dinner, significantly damaging the good health he temporarily enjoyed. A small, menacing alien emerges from his chest cavity, and scurries away into the darkness.

The creature bleeds a potent acid. So, the crew attempts to track it down, and kill it with fire. However, the crew soon finds that the creature has grown, at an incredible pace, into a large, human-like killing machine with incredible strength and resilience to harm. It kills Brett, and carries him away with ease. Captain Dallas tries to corner it the air ducts, but is mauled after an intense chase.

A split arises in the crew. Lambert wants to escape. Ripley, now in charge, says they must trap and kill the alien, since their life support pod won’t handle the remaining crew members, and they would die if they tried.

Ash, it seems, has other plans. Ripley discovers that Ash has been trying to preserve the alien for the benefit of the company. When Ripley confronts Ash about it, Ash gets violent, and tries to choke Ripley with a rolled up magazine. But Lambert and Parker come to her aid by bashing Ash’s brains in, but what they thought were his brains were only computer chips. It seems Ash was an android, programmed to perfectly obey his corporate creators.

Now that there are only three of them, the remaining crew agrees to escape in the pod, and blow the ship and the alien to smithereens. Parker and Lamber go to gather the required coolant for their time in stasis. But the alien ambushes them, and they each meet a grisly end.

Ripley finds the ship’s cat, and heads for the escape pod, but the alien blocks her path. After Ripley is unsuccessful at disarming the ship’s self-destruct order, she returns to the escape pod, and finds that the alien is gone. Ripley gets in, and sails away as the Nostromo explodes in space.

On the escape pod, Ripley finds the alien hiding in the dash. Ripley slowly dons a spacesuit, and blows the hatch door open, sucking the alien into the vacuum of space with the help of a grappling hook. The alien still fights, and it crawls into one of the pod’s engines. Ripley fires up the engines, and finally the alien dies. Ripley records one last log entry on the ship’s computer, and lies down for the long sleep on her trip to Earth.