Ethan and Hallie O’Fallon are two New York City children who launch a scheme to get their divorced parents back together for Christmas. Hallie goes directly to the source and asks Santa Claus to reunite her parents, although Saint Nick appears to be skeptical about his ability to do so. However, the kids are undeterred and prepare to create circumstances where their parents will be pushed to spend time with each other in the hopes that the spirit of the season will remind them of what they once loved in one another. 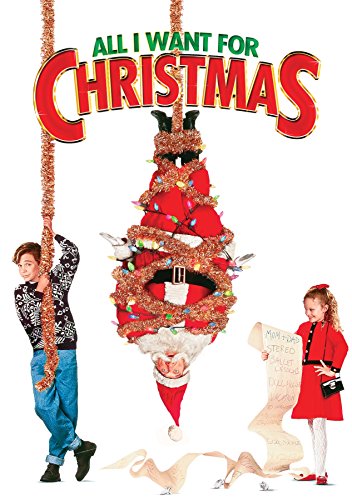 All I Want For Christmas

‘All I Want for Christmas’ Movie Summary 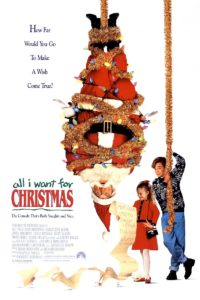 Ethan (Ethan Embry) and Hallie O’Fallon (Thora Birch) are two children whose parents have recently divorced. They live in New York City and bounce back and forth between living with their mother Catherine (Harley Jane Kozak) and their father Michael (Jamey Sheridan). Catherine lives with her wealthy mother, Lillian (Lauren Bacall), in an extravagant mansion in the city. Michael owns a diner that was a contributing factor to the divorce. He lives in a nice apartment just above the diner.

Catherine has moved on with her life and begun a relationship with Tony Boer (Kevin Nealon), a wealthy wall-street business. Tony is relatively nice to Ethan and Hallie but generally appears to be uncomfortable around the kids. Nevertheless, Ethan and Hallie would still prefer that their parents would get back together. As Christmas nears, Hallie announces her intentions to ask Santa Claus to reunite Michael and Catherine. Ethan informs his younger sister that Santa does not do things such as that. Ethan is a teenager and has long known the realities of Santa Claus and his capabilities. Nevertheless, Ethan is tasked with taking his sister to meet Santa Claus at the department store. When she sits on Santa Claus’ (Leslie Nielsen) lap, Hallie asks Santa Claus to have her parents remarry. Santa tells her that he usually specializes in things that you can return. However, Saint Nick tells her that he will see what he can do.

Soon after, Tony makes a hard push for his relationship with Catherine to become more serious. He tries to win over the kids, especially Hallie, so that they will potentially accept him as their stepfather. At the same time, Michael tells Ethan that he wishes that he was still with Catherine, and that if he could only get her on a desert island, he could convince her of his love for her. With that information, Ethan begins to proactively work to bring his parents back together. At the same time, Ethan begins his own romance when a friendship with a girl that he has a crush on, Stephanie (Amy Oberer), begins to turn serious.

Not long after, Hallie believes that she may have made a mistake by asking Santa for her parents to remarry. She realizes that she did not explicitly state to each other as Catherine’s relationship with Tony begins to become more serious. People around Catherine seem to encourage the relationship, although not her own mother or her kids. Hallie tells Ethan that she has to go back to Santa Claus and clarify her request to him to make sure that their parents remarry each other. Santa is surprised to see her return but makes note of what she is asking for.

Ethan and Hallie begin working together to bring their parents back together. They purchase a large batch of mice to release at their grandmother’s house in order to have an excuse to stay at their father’s house. Hallie takes a liking to one of the mice and calls him Snowball. When Tony and Catherine plan a big date night, Ethan trick’s Tony into climbing into the back of Ethan’s deaf uncle’s refrigerated truck that is in route to New Jersey. Hallie fakes being sick and has her father call for Catherine’s assistance on the date night so her mother will come to take care of her. It snows exceptionally hard, so Catherine agrees to stay the night at Michael’s apartment to take care of Hallie since Tony stood her up. Meanwhile, Ethan and Stephanie grow closer to each other in the diner downstairs.

The next morning is Christmas morning. Hallie wakes up to find that her parents slept on the couch together during the night. Believing that their plan is working, she goes down to the diner to tell Ethan what happened. Meanwhile, Michael and Catherine wake up to find the children gone and begin to panic. They head to Lillian’s house to see if the children are there. Ethan and Hallie realize that they may need to confess to their conspiracy to their parents. They and Stephanie head to Lillian’s house, which is now mouse free. Ethan tells his parents what he and Hallie have been trying to do the whole time. The information that Michael still loves Catherine catches her off guard, and she begins to revisit the possibility of them getting back together. Tony arrives and shows his true self. He tells Catherine that after they are married that the children will be sent to military school. Catherine ends the relationship.

Santa Claus shows up at the door and asks Hallie how her Christmas turned out. He also presents her with Snowball the mouse. Ethan is surprised that Santa Claus is at the door and begins to believe that he might be wrong about old Saint Nick.