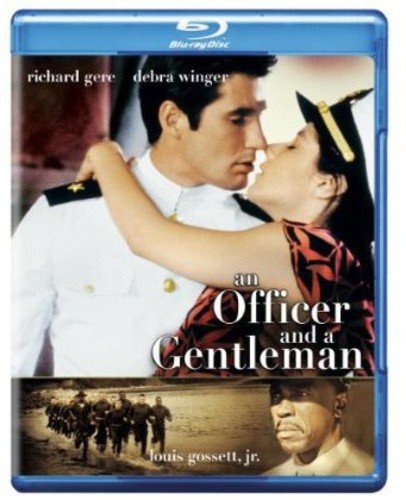 An Officer and a Gentleman [Blu-ray]

On May 7, 2013, Warner Home Entertainment released An Officer And A Gentleman on Blu-ray. Taylor Hackford directed the film starring Richard Gere, Debra Winger, and David Keith.

An Officer and a Gentleman was released in July of 1982 and grossed over $129 million at the box office. In addition to Gossett, Jr.’s Oscar, the film was nominated for five other Academy Awards, also winning Best Original Song.

‘An Officer And A Gentleman’ Movie Synopsis

In the film, loner Zack Mayo (Gere) enters Officer Candidate School to become a Navy pilot, and, in just thirteen tortuous weeks, learns the importance of discipline, love and friendship. Gossett, Jr. won an Academy Award for his portrayal of the tough drill instructor who teaches Zack that no man can make it alone. And while Gossett tries to warn the young officer about the local girls who will do anything to catch themselves pilot husbands, Zack eventually learns to love one (Winger) while his fellow candidate, a memorable character portrayed by Keith, struggles with a very different fate.

On May 7, 2013, Warner Home Entertainment released An Officer And A Gentleman on Blu-ray. Taylor Hackford directed the film starring Richard Gere, Debra Winger, and David Keith.