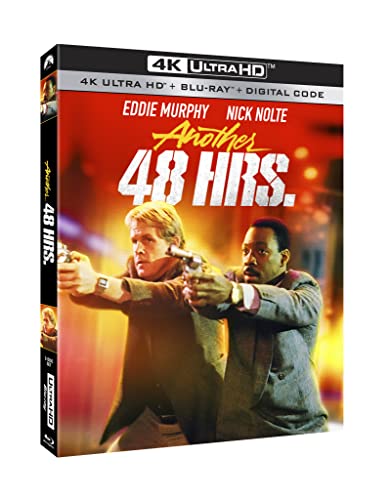 $25.99  in stock
BUY NOW
Amazon.com
*As an Amazon Associate we earn from qualifying purchases.

The boys are back in town—in the faster, tougher smash-sequel that reunites director Walter Hill with Eddie Murphy and Nick Nolte. Eight years after the first 48 hours of mayhem, Reggie is about to be released from the pen. But, after the bus transporting him from the pen flips over (17 times), Inspector Jack Cates enlists the ex-con for another seemingly impossible two-day task to nail an elusive drug lord. This 4K UHD with HDR-10 and Dolby Vision is an essential upgrade of a high-octane classic, approved by director Walter Hill.