As Scott Lang balances being both a Super Hero and a father, Hope van Dyne and Dr. Hank Pym present an urgent new mission that finds the Ant-Man fighting alongside The Wasp to uncover secrets from their past. 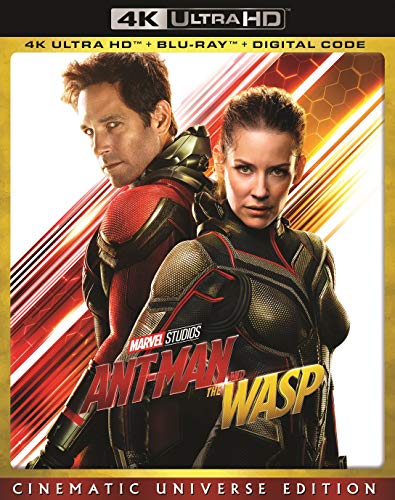 ‘Ant-Man and the Wasp’ Movie Summary 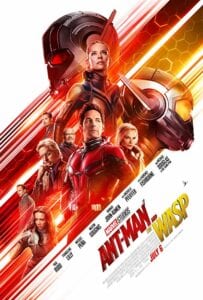 Ant-Man and the Wasp begins two years after the first Ant-Man film. Scott Lang is under house arrest from to his involvement with the Avengers in violation of the Sokovia Accords.

Hank Pym and his daughter, Hope van Dyne, briefly open a tunnel to the quantum realm where they believe Pym’s wife, Janet van Dyne, is trapped after shrinking to sub-atomic levels way back in 1987. On Lang’s previous trip to the quantum realm, he unknowingly became quantumly entangled with Janet. This connection allows him to receive a message from her in that realm.

With only a few days left on his house arrest, and Lang contacts Pym about Janet even though he’s estranged from Pym. Hope and Pym kidnap Lang, and replace him with a decoy so the FBI’s Jimmy Woo doesn’t become suspicious.

This message from Janet is a confirmation to Pym that Janet is still alive. They work to create a more stable quantum tunnel that allows for a vehicle to travel into the quantum realm, and bring Janet back. When they try to buy a part they need for the tunnel from a black market dealer named Sonny Burch, he double crosses them after realizing he can make more money off of Pym’s research.

So, Hope tosses on her Wasp outfit, and fights Burch and his men until a quantumly (is that a word) unstable woman in a mask attacks her. Lang tries to help fight her off, but the woman escapes with Pym’s lab that is now shrunken down to the size of a suitcase.

This forces Pym to visit with his former partner Bill Foster, whom he’s estranged with. Is there anyone Pym’s not estranged from? Maybe we should just start calling him Doctor Estranged?

Foster agrees to help them locate their lab, but the ghost shows up and captures the three of them. She turns out to be Ava Starr. Her father, Elihas, was another of Pym’s former partners. He and his wife died during the same experiment that caused Ava’s unstable state…sounds like more estrangement.

Ava is both dying from that condition, and in constant pain from it. Foster and Ava plan to cure her using Janet’s quantum energy. However, Pym believes the plan will kill Janet, so he refuses to help them. He, Hope, and Lang then escape with the lab.

Finally, they are able to open a stable quantum tunnel where the three contact Janet. She gives them a precise location to find her. However, they only have two hours before the unstable nature of the realm will separate them for the next century.

Meanwhile, Burch uses a truth serum on Lang’s partners Luis, Dave, and Kurt to learn his location. He then reaches out to the FBI with this information. Luis gives Lang a heads up, and Lang rushes home before Woo finds him in violation of his house arrest. The FBI does arrest Pym and Hope though which allows Ava to take his lab.

Lang must quickly help Pym and Hope escape custody, and retrieve the lab. While Lang and Hope distract Ava, Pym enters the quantum realm to find Janet. However, Burch and his goons attack the two. This allows Ava to forcibly take Janet’s energy.

Luis, Dave, and Kurt show up to keep Burch and his boys occupied so that Lang and Hope can stop Ava. Pym returns Janet safely from the quantum realm before Janet voluntarily gives some of her energy to Ava which momentarily stabilizes her.

Lang makes it home once again before Woo can catch him. With his house arrest complete, Woo releases him, and Ava and Foster find themselves in hiding.

In a mid-credits scene, Pym, Lang, Hope, and Janet look to harvest quantum energy to help keep Ava stable. While Lang is in the quantum realm, the other three disintegrate from Thanos’ victorious snap.

In a post-credits scene, a Giant Ant plays Scott Lang’s electronic drum set while the Emergency Alert System blares in his house.