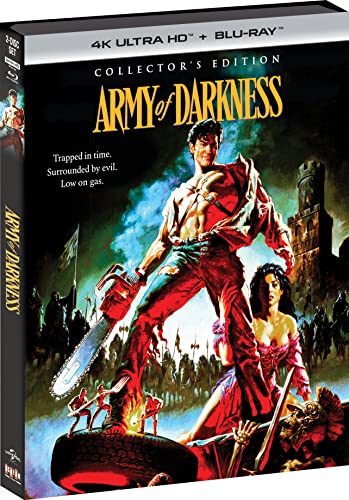 Bound in human flesh and inked in blood, the ancient “Necronomicon” – the Book of the Dead – unleashes unspeakable evil upon mankind in director Sam Raimi’s (Darkman, Drag Me to Hell) outrageously hilarious third chapter in his Evil Dead Trilogy. Bruce Campbell returns as Ash, the handsome, shotgun-toting, chainsaw-armed department store clerk who is time warped backwards into England’s Dark Ages, where he romances a beauty and faces legions of the undead. Can Ash save the living from the evil dead, rescue his girlfriend, and get back to his own time?