In As Good as It Gets, Melvin Udall is an obsessive-compulsive writer of romantic fiction. However, in real life, he’s rude to everyone he meets, including his gay neighbor, Simon. When he has to look after Simon’s dog, he begins to soften. While still not completely over his own problems, eventually, he finds he can carry out a relationship with the only waitress at the local diner who’ll serve him. 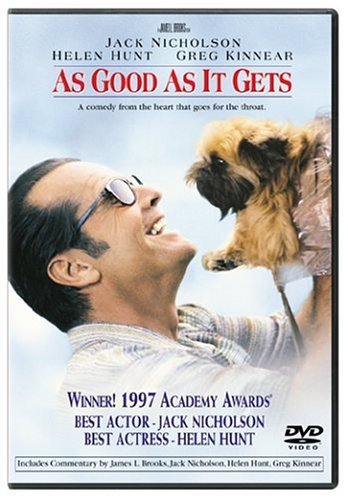 As Good As It Gets

‘As Good as It Gets’ Movie Summary 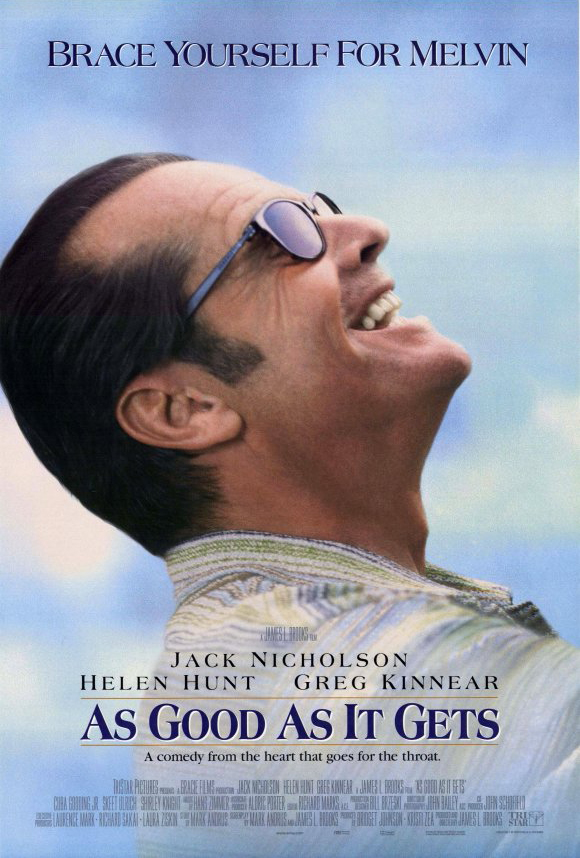 In As Good as It Gets, Melvin Udall (Jack Nicholson) is a lonely curmudgeon and best-selling author living in New York City. He also struggles with mental illness. And so far as we can tell, his diagnoses are obsessive compulsive disorder and asshole. Melvin can’t stand his gay, artist neighbor, Simon Bishop (Greg Kinnear), and Simon’s equally gay agent, Frank (Cuba Gooding Jr.). He even hates Simon’s dog.

Melvin only eats at one restaurant, and that is become he only trusts one waitress, Carol (Helen Hunt), to handle his food. Carol lives with her mom and her perpetually sick son. Simon is attacked in his home by a young man he hired to model for him. They brutally beat him and rob his apartment, forcing Simon to be hospitalized. Frank forces Melvin to care for Simon’s dog, and the two bond rather quickly.

Carol’s son grows more ill, forcing her to miss work. When Carol is not present to wait on Simon, Simon can’t eat. He goes to Carol’s home and makes an ass of himself trying to get her back to work. Melvin next convinces his publisher’s husband, a ghostbusting doctor, to attend to Carol’s son, and his health begins to improve quickly with the additional medical attention.

Meanwhile, Simon is bankrupted by his medical expenses and inability to work. Simon works up the courage to go to Baltimore and beg his estranged parents for money. Melvin agrees to drive Simon to Baltimore and convinced Carol to come along. While in Baltimore, Melvin works up the courage of his own to take Carol on a date. However, Melvin can’t help himself and offends Carol with offhand rude comments about her dress, and Carol refuses to engage with him. They return from Baltimore without any money from Simon’s parents and with Carol disgusted with Melvin.

Back in New York, Simon convinces Melvin to profess his love for Carol. He does, and the two walk together. They see a bakery that is just opening, and Melvin notices that he had stepped on a crack and didn’t mind it.