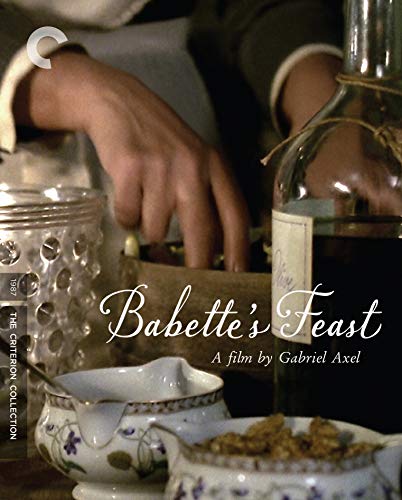 The Criterion Collection has announced that they are adding Babette’s Feast to their upcoming slate of Blu-ray releases. The film was directed by Gabriel Axel and stars  Stéphane Audran, Bodil Kjer, and Birgitte Federspiel. Babette’s Feast will be available in stores and online July 23, 2013.

In 19th century Denmark, two adult sisters live in an isolated village with their father, who is the honored pastor of a small Protestant church that is almost a sect unto itself. Although they each are presented with a real opportunity to leave the village, the sisters choose to stay with their father, to serve to him and their church. After some years, a French woman refugee, Babette, arrives at their door, begs them to take her in, and commits herself to work for them as maid/housekeeper/cook. Sometime after their father dies, the sisters decide to hold a dinner to commemorate the 100th anniversary of his birth. Babette experiences unexpected good fortune and implores the sisters to allow her to take charge of the preparation of the meal.

Disclaimer: Affiliate links are contained in this post. This means when you click a link, and purchase an item, Movie House Memories will receive an affiliate commission. Advertisers and Affiliate Partnerships do not influence our content. See our Terms of Use about the inclusion of affiliate links on this site for more information.
May 29, 2013
1 minute read
Show More
Back to top button
Close
Close