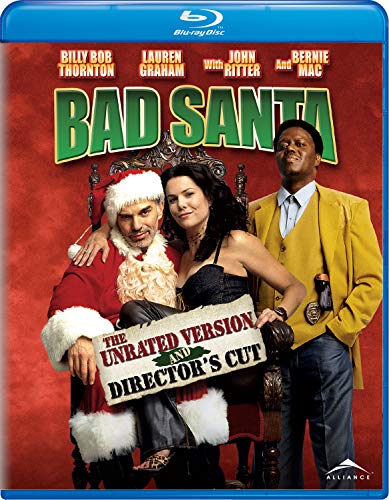 Willie T. Soke and Marcus Skidmore are a criminal duo who pose as a department store Santa Claus and his elf assistant every year so that they may rob the store of its money and goods. Willie is a severe alcoholic who hates the world, but even worse, he hates himself and the fact that he has to dress up as Santa Claus every years. When Marcus calls Willie for one more job in Phoenix, Arizona, Willie reluctantly agrees. However, when Willie meets a beautiful bartender with a Santa fetish and a young, parentless boy, Willie finds that his miserable world might just be getting a little brighter.