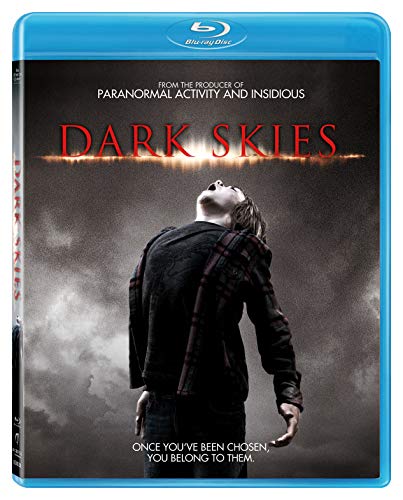 Anchor Bay Entertainment and Dimension Films have announced the Blu-ray release of Dark Skies this May. The film is written and directed by Scott Stewart and stars Keri Russell, Josh Hamilton, Dakota Goyo, Kadan Rockett, and J.K. Simmons. The supernatural thriller will be available in stores and online beginning May 28th.

Dark Skies stars Russell and Hamilton as young parents living in the suburbs. As husband and wife, Daniel and Lacy Barrett witness an escalating series of disturbing events involving their family, and their safe and peaceful home quickly unravels. When it becomes clear that the Barrett family is being targeted by an unimaginably terrifying and deadly force, Daniel and Lucy take matters into their own hands to solve the mystery.

Dark Skies was released in theaters in February of 2013 and has grossed over $20 million in worldwide box office.

Disclaimer: Affiliate links are contained in this post. This means when you click a link, and purchase an item, Movie House Memories will receive an affiliate commission. Advertisers and Affiliate Partnerships do not influence our content. See our Terms of Use about the inclusion of affiliate links on this site for more information.
April 13, 2013
1 minute read
Show More
Back to top button
Close
Close