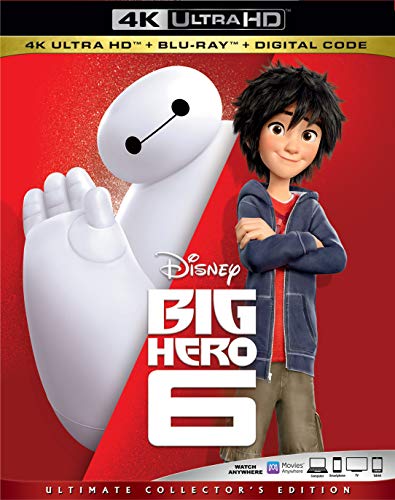 When a devastating event befalls the city of San Fransokyo and catapults Hiro into the midst of danger, he turns to Baymax and his close friends: adrenaline junkie Go Go Tomago, neatnik Wasabi, chemistry whiz Honey Lemon, and fanboy Fred. Determined to uncover the mystery, Hiro transforms his friends into a band of high-tech heroes called “Big Hero 6.” (Courtesy of Walt Disney Animation Studios)