In a contemporary adaptation of Langston Hughes’ celebrated play, the holiday musical drama Black Nativity follows Langston, a street-wise teen from Baltimore raised by a single mother, as he journeys to New York City to spend the Christmas holiday with his estranged relatives Reverend Cornell and Aretha Cobbs. Unwilling to live by the imposing Reverend Cobbs’ rules, a frustrated Langston is determined to return home to his mother, Naima. Langston embarks on a surprising and inspirational journey and along with his new friends, and a little divine intervention, he discovers the true meaning of faith, healing, and family. 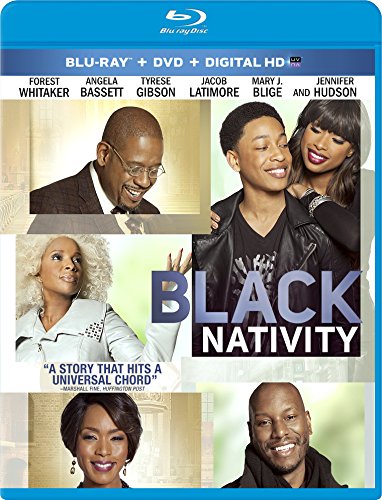 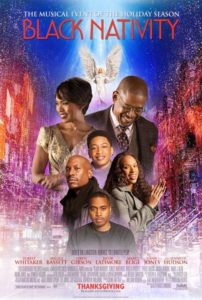 Langston Cobbs (Jacob Latimore) lives with his single mother Naima Cobbs (Jennifer Hudson) in a small apartment in Baltimore. When Naima receives an eviction notice, she sends Langston to live with his grandparents in Harlem. Langston does not want to go, primarily because he has never met his grandparents. Langston arrives via bus at Times Square. His grandparents are not there immediately to meet him, and Langston’s personal belongings are stolen by a small boy while he tries to call his grandparents.

Langston enters a hotel to get directions to his grandparents’ place. A wealthy man leaves his wallet next to Langston, who considers stealing it, but returns it. However, Langston is arrested anyways. While sitting in jail, he meets a man named Loot (Tyrese Gibson) who makes fun of him for stealing wallets. Loot asks him his name and appears to know Langston. Langston is released to his grandfather Reverend Cornell Cobbs (Forest Whitaker) after charges are not filed. The Reverend takes Langston to his home in Harlem. Along the way, they encounter a young pregnant girl named Maria (Grace Gibson) on the street.

The next morning, Langston tries to pawn the watch at a nearby pawnshop. However, the pawnshop owner (Vondie Curtis-Hall) recognizes the watch as belonging to the Reverend. He refuses to buy it and tells Langston to treasure the pocket watch. Outside the store, Langston encounters Loot, who is passing out flyers for the pawnshop. Loot offers to acquire anything that Langston needs. While walking on the street, Langston is saved by an angelic woman (Mary J. Blige) who pulls him back before he can be hit by a taxi.

Langston returns to his grandparents’ house. He tries to talk to Aretha about what happened between his mother and his grandparents, but no one wants to discuss it. She tells Langston that he was not the cause of the rift and that blame falls on Langston’s father. Naima calls to talk to Langston but refuses to tell him when she will come and get him. Langston tells his mother that he has a plan to get some money before he angrily hangs up on her. The Reverend confronts Langston about the missing watch, which Langston returns. The Reverend tells Langston that he must attend his church service that evening to witness the Church’s production of Langston Hughes’ play Black Nativity. Langston says he does not go to church, but the Reverend insists. After getting dressed, Langston returns to the pawnshop and asks Loot to get him a gun. Loot tells Langston to meet him back at the pawnshop at 10 o’clock that night for the gun.

Langston attends the church services. Langston falls asleep during the sermon and the performance and dreams that he is part of the nativity with Maria playing the part of the virgin Mary. Langston wakes during the performance and leaves to meet Loot at the pawnshop. Loot shows him the gun that he wanted, and Langston turns the gun on the convict. He demands that Loot give him the money in the cash register and a diamond ring from the display case. Instead, Loot quotes “A Dream Deferred” to him and reveals that he is Langston’s father, Tyson. A passing police officer spots the two and enters with his gun drawn. Tyson convinces the officer that they were only having an argument and that Langston was only trying to convince him to go to the church with him. The police officer, knowing Reverend Cobb, drives the two to the church. Once there, they encounter Naima outside. Naima rushed to New York after her conversation with Langston on the phone.

Once inside the church with his father and mother, Langston confronts his grandfather in front of his entire congregation. Langston demands that Reverend Cobb tell him what happened between his parents. The Reverend confesses that he gave Tyson five thousand dollars to leave Naima and Langston, believing that Naima would return to her parents. Instead, Naima found out what her father had done and left for Baltimore with Langston, cutting off the boy from both Tyson and her parents. Naima tries to leave with Langston, but he demands that she forgive her parents and Tyson for what they have done. Langston tells his mother that discovering that he had a family is his Christmas miracle. Naima embraces her mother, and eventually her father, who apologizes for what he did. Langston and his entire family then join the church congregation in the singing of hymns.